It appears as if Carcass are not planning another 17 year hiatus between releases. In fact, the band is currently planning the release of a brand new EP on November 11th! Though it bears saying that the release will be composed of loose ends from the band’s excellent “Surgical Steel” comeback release last year. Even so, this is beyond great news.

The incoming release has been titled “Surgical Remission“/”Surplus Steel”. There will be colored vinyl release through Nuclear Blast Records (photographic evidence below). There’s no word of a physical release in other formats but it has to be assumed you won’t need a record player to listen. Take a look at the tracklisting and prepare yourselves \m/ 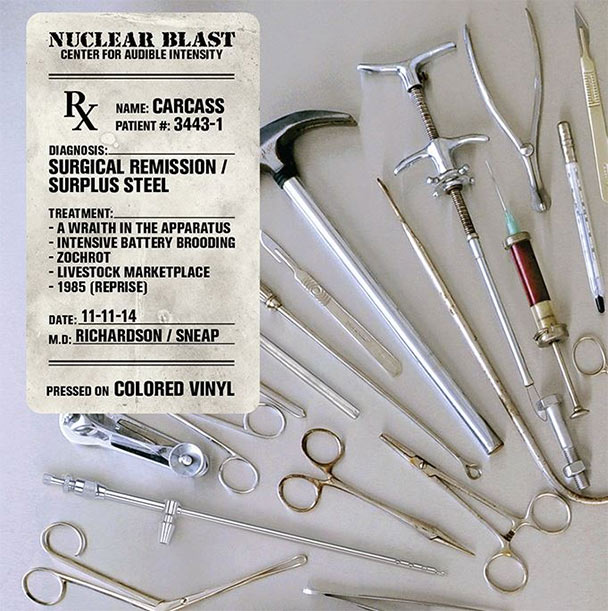 While we’re at it, here are some of the band’s recent tracks from “Surgical Steel”!