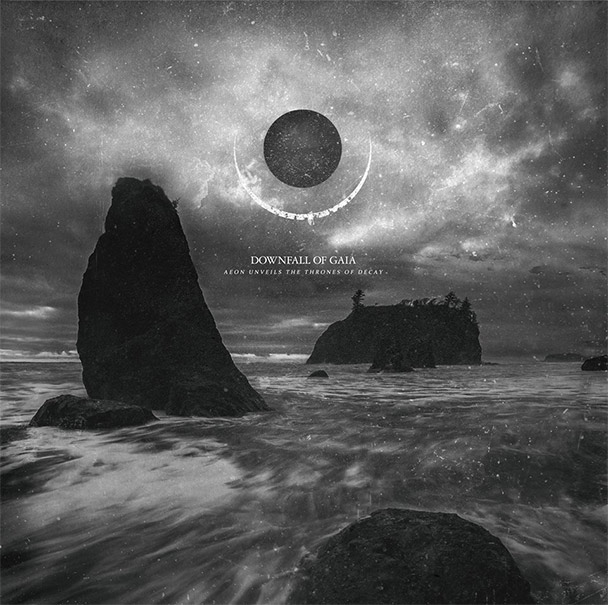 Germany’s very own in Downfall of Gaia have just released their first song, as well as the cover art and the track listing from their upcoming album third full-length release "Aeon Unveils The Thrones Of Decay"  which is set to be available on November 11th in North America, and November 7/10 in Europe/UK.

Check out their new track/video “Carved Into Shadows”!

Pre-order your copy of “Aeon Unveils The Thrones Of Decay” here.

"Each and every song deals with another unavoidable situation that the most of us already got to know. All of us are pretty satisfied with the result of the new record and we are excited to share this new piece of music with the audience! The writing process itself became a bit more complex just because of the fact that our new drummer Michael Kadnar is living in New York and all of us are based in Germany. But in the end we were able to manage all of this in a good way, hit the studio and record our most aggressive sounding record till today. Once again we recorded at the '79 Sound Studio with Christoph Scheidel and we couldn't ask for a better guy! Mixing job one more time by Jack Shirley from Atomic Garden and master by Brad Boatright from Audiosiege. Anytime again, guys! We can't wait to play the new material live!"

1. Darkness Inflames These Sapphire Eyes
2. Carved Into Shadows
3. Ascending The Throne
4. Of Stillness And Solitude
5. To Carry Myself To The Grave
6. Whispers Of Aeon
7. Excavated