“Blasting perversity since 2007, Paroxysmal Butchering has worked hard to create music that is unrelentingly ferocious, yet memorable, and continues to assert itself as the premier purveyor of ear drum punishing, crotch obliterating brutality.”

If that doesn’t say it all, the music will. And we’re incredibly proud to be streaming that music today!

Paroxysmal Butchering is one helluva Death unit spanning from North San Diego County, CA to Kingman, AZ. Their music is damn abrasive and quite pleasant to those of us with a bloody metal heart.

Their new album, appropriately titled “Human Smasher”, literally just came out this month and we’re steaming the madness just for you guys! So far, the album’s reception has been quite positive and with good reason. This album is awesome. What more is there to say?

So what are you waiting for? Go ahead. Press “play” below and prepare yourselves for a slamming death. Stay metal, my friends \m/ 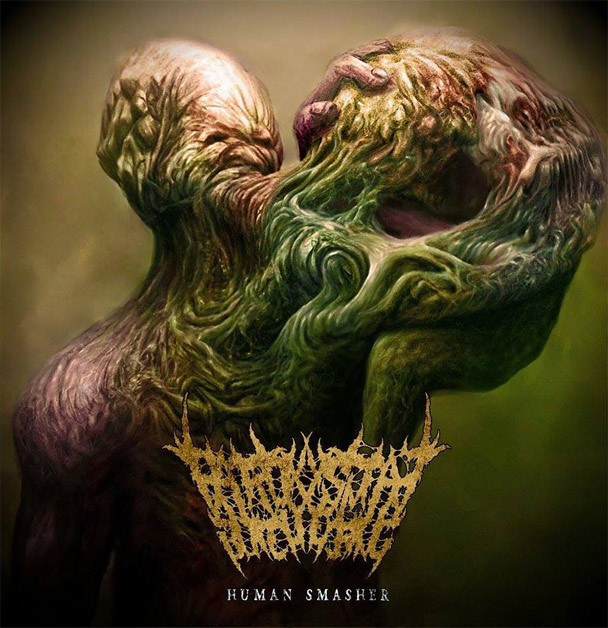