Yesterday, a brand new Machine Head song hit the metal world. However, this wasn't done by the band's choice. It was leaked and posted up by a certain few unknown individuals. The track "Now We Die" is now (unofficially) your first taste of what's to come from the band's highly anticipated upcoming album, "Bloodstone & Diamonds", to be released through the juggernaut Nuclear Blast Entertainment (EU November 7th / USA November 10th). Pre-orders are available HERE. For more information on the album, CLICK HERE. Oh, and have a listen…

As to be expected, the band and label are none too happy with this turn of events. But such is the way of the modern music landscape. Here's Rob Flynn's two cents on the situation…

NOW WE DIE" HAS OFFICIALLY LEAKED And why am I telling you this information? Information that just a few years ago, labels and bands would have been trying their hardest to pull down from torrent sites and flag YouTube channels? Because in 2014 you just have to own shit like this. Own it…and move on.

John Lennon once sang "life is what happens, while you're making other plans…"

That's right my friends, "Now We Die," the first track and lead single off of "Bloodstone & Diamonds" has officially leaked, 3 weeks ahead of it's originally scheduled Oct 10th release date as a digital single. Mindbogglingly, it was leaked via an iTunes UK Pre-Order page that "someone" fucked up on (and who is about to be fucking fired!) that basically said, "pre-order Machine Head's new album and get TWO free songs." Oh yeah, that's right, the official album version of "Killer & Kings" has leaked too. Un-fucking-believable.

Imagine what a total shock it was to the band and our new label, Nuclear Blast Entertainment.

I found out about it when a friend of mine from the UK texted me saying, "dude, Now We Die is KIIIIILLLLLLLER", I went "uh, how did you hear it…?"

Regardless, there is no sense fighting it. The Internet is the speed of light nowadays, and you know, what? That's a good thing.

It had only been localized to the iTunes UK site, (meaning: nowhere else in the iTunes World had a "Bloodstone & Diamonds" pre-order page even up to be seen) but let's face it, it was only a matter of hours before it went all over torrent sites and YouTube, so us and our label have made the bold decision to follow suit with the UK iTunes page, and offer the 2 songs as a "gratis" purchase when you pre-order the album from any worldwide iTunes site. It is going up on Spotify as soon as humanly possible. And we've taken it one step further. We have decided to upload both "Now We Die" and "Killers & Kings" to our own YouTube channels for anyone who wants to hear both songs for FREE, without a pre-order. This is our way of saying "thank you" to our fans in the U.S. for their patience and understanding in our difficult decision to postpone our U.S. tour.

We hope these songs show a glimpse of what we've worked on over many months of recording to achieve. Our hope is that this represents why we are taking so much pride and putting in the extra effort and workmanship into creating something we feel is truly special. There is no half-stepping in Machine Head. It's all or nothing.

And if you like it, we want you to SHARE IT! We've told the distributors specifically "do not take down fan YT channels with 'Now We Die'". Spread the word on your own YouTube channels, post it on your friends Facebook pages and feeds, make your own tribute pages, make your own lyric videos, make parody videos, post your own guitar videos of it, post your own singing videos.

We want to post YOUR videos of these songs too!!

Pre-Order pages for Nuclear Blast will be going up in the next few hours, it may be up on your iTunes now, but either way, we are going to turn this into a positive for the fans.
We cannot wait to share the rest of the record with you.

For now, here is a fan channel of "Now We Die" 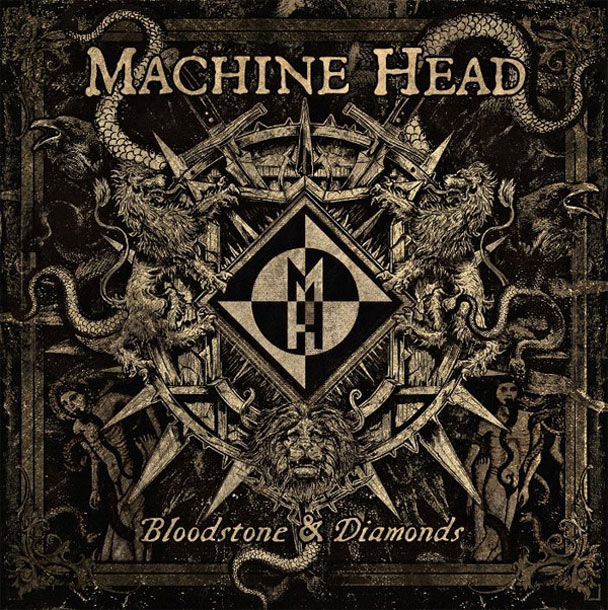