Remember The Holy Guile? This deathcore band fronted by former vocalist for The Crimson Armanda Saud Ahmed came out in early 2013 with one of the craziest albums of the year in that genre. “FSU” suprised us all for its sharp technical riffage and the insane vocals.

The band has just announced the upcoming release of their second full length album “OG”. This is going to take place in October! The band has revealed two singles “Deathstar” and “California Gold”, which will be available for an immediate free download if you pre-order the album now. These two new singles don’t fail in being exactly as extreme as the sick material heard on their debut, pushed by angry lyrics and supreme vocals. The second one, “California Gold”, is meant as a tribute to Suicide Silence’s Mitch Lucker.

“OG” is set to hit stores on October 7th and you can pre-order it now on iTunes . Check out the new tracks below and get ready for one of the finest deathcore releases of the year! 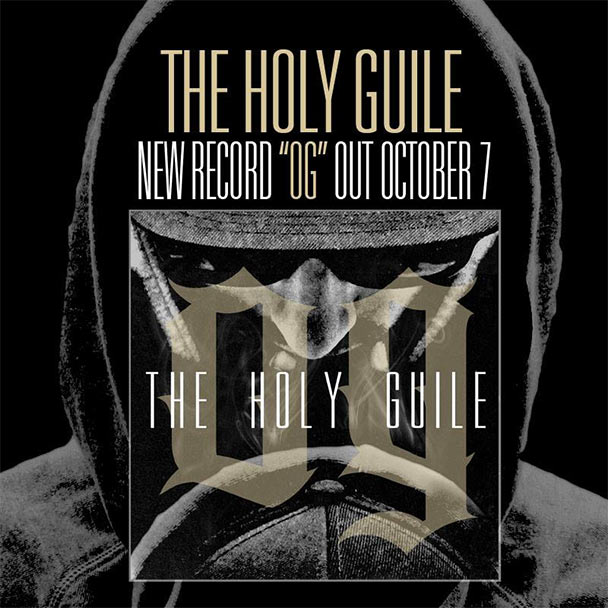 See More: Deathcore, The Holy Guile
« SEPTYCAL GORGE “SCOURGE OF THE FORMLESS BREED” ALBUM STREAM
BETWEEN THE BURIED AND ME WORKING ON NEW ALBUM? »