“Welcome to the abyss, you pussies.”

Ocean grind returns! Vampire Squid provides a very solid, grindy sound with serious mathematical and progressive elements. Parts of it will remind of bands such as Behold… The Arctopus and strangely enough Between The Buried And Me.

They literally just released a new album called “Nautilus World” for those who love the sounds of crushing depths. It packs in 11 tracks of pure bathyspheric insanity, dragging you deeper and deeper as the album progresses. I highly recommend giving into the experience, which is available for streaming in it’s entirety via Bandcamp below! Also, you’re able to “name your price” for the music! Can’t beat that.

The band is made up of two lads influenced by deep sea pressure and a squid influenced by blood… buckets of blood. Emerging from Corona, CA they bring water and blood. If this sounds like a good time to you, listen and show ‘em some support! 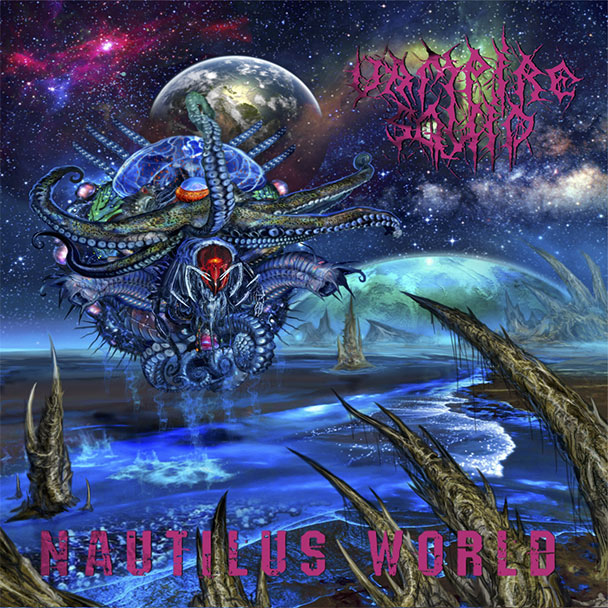