WHEN THE SPECIAL GUESTS OUTSHINE THE HEADLINERS…”THE MOVING ON TOUR” 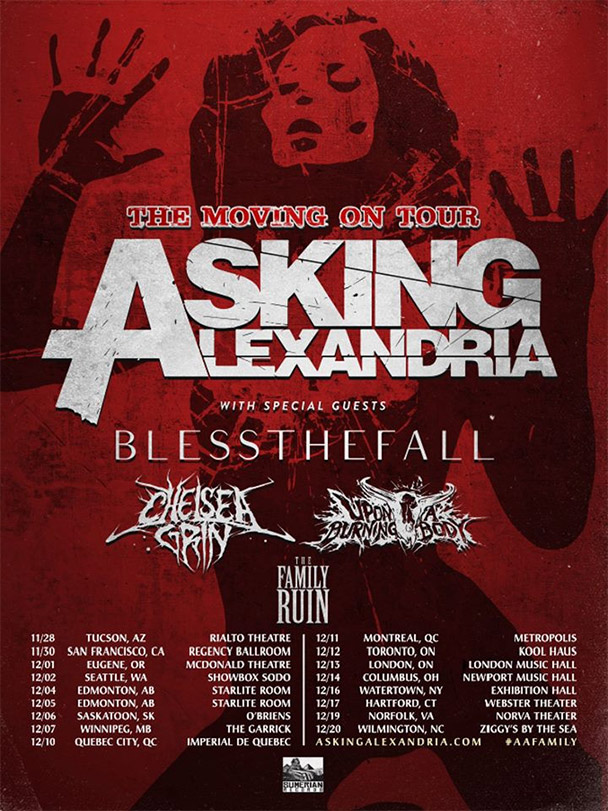 Okay okay… I know I'm going to get some crap for this post since it highlights the unbelievably talented technical geniuses in Asking Alexandria (heavy sarcasm implied), but due to the stacked special guest lineup that opens up for them, it definitely deserves a shout out.

Starting in late November and continuing to the end of the year, A.A. hits the road, across North America, with special quests Blessthefall, Chelsea Grin, Upon A Burning Body, and The Family Ruin for what would be the best early-ending concert of 2014 if you head home before A.A. ruins the show. This seventeen stop spectacle hits everywhere from the south west all the way up to the north east giving each and every one of you a chance to make the road trip to see some great performances from a few bands that not only sound great, but also have kickass stage presence. This will be a fun one peeps…. Don't sleep on this!