We're proud to bring you the first listen of Cyclamen's new track, "Thread"! This hyper-talented Japanese band has been working hard to bring you new material. You can find more information through the press release below. And be sure to grab the track HERE if you enjoy!

Cyclamen started in 2008 as Hayato Imanishi's bedroom solo project in the UK. Cyclamen quickly gained a reputation through the internet with its unique blend of technical metal and post-rock with Japanese lyrics. A live band was formed in 2010 and toured the UK off of their debut album Senjyu with Aliases and Chimp Spanner. After the live band disbanded in 2011 due to Hayato relocating to Asia, it continued as a solo project until 2011 with the release of the "Memories, Voices" EP in Japan. Hayato recruited new members and a new lineup based in Tokyo was formed. The lineup consisted of Hayato Imanishi(vo), Takashi Katsunori(gt), Tristan Zemtseff(gt) and Hiroshi Mizuno(ba).

In 2013, Cyclamen released their second album "Ashura", and they have since toured Thailand and headlined the second stage of the Euroblast Festival in Germany, spreading their name further around the world.

In 2014, Cyclamen toured in the UK, appearing at Hammerfest and the UK Tech-Fest All-Dayer in Manchester, and Aled Lloyd was announced as the official drummer just after the UK tour. Cyclamen also announced that the band will be working with Monolithic Music for their European activities. After the UK tour, Cyclamen toured with The Algorithm and the band has secured the main support slots for bands such as Periphery and SikTh, further establishing themselves as one of the foremost Japanese technical progressive metal bands.

“Thread” is the first new track from Cyclamen since the release of “Ashura”, and soon the band will be engaging in the writing process for new releases in 2015 with plans for more tours around the world. 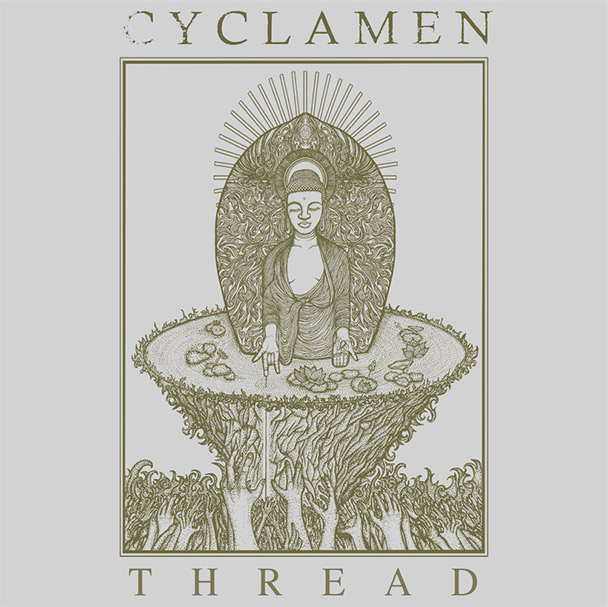