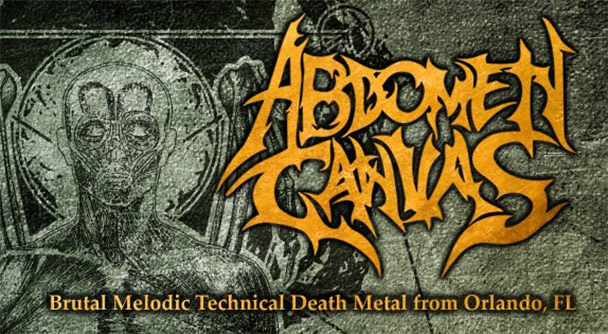 A little spam is good, especially with brown sugar. A lot of spam is unhealthy. This applies for both canned meat and promotion on the internet. Though I don't recommend putting brown sugar on your computer. Keep that in mind, friends.

I decided to give a listen to Abdomen Canvas. These guys can rip some crazy technical death metal through the sinews of their brutal approach. When the music hits, it hits hard. Take "Cannibal Manifestation", for instance. It feels like getting crushed by a wall made of metal (literally, and metaphorically.) That's one of the apparent 2 songs the band has released so far, alongside "Encroachment". Likewise, that song goes for the throat. Both of the above also have music videos for the spread. Give them a look / listen below and see what you think of the metal \m/