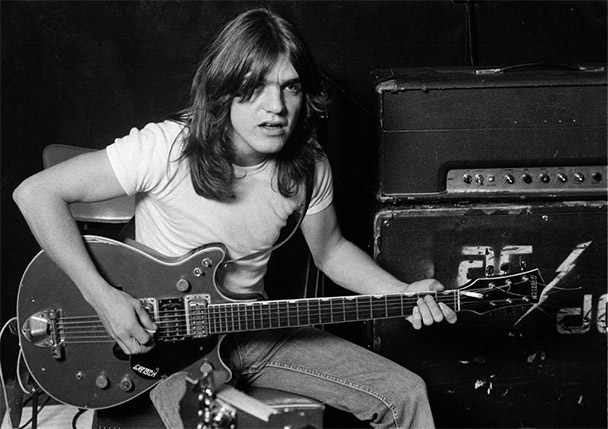 On September 23rd, Alberts Management announced that AC/DC would be releasing a new album on December 1st, 2014. This announcement was followed shortly with some sad news for the music community. "Rock or Bust", the bands upcoming release, will be the first AC/DC album EVER to not feature founding member Malcolm Young.

Back in April, the band released a statement saying that Malcolm was "taking a break from the band due to ill health". After the announcement of the new record, the band then announced that Malcolm would most likely not be returning. The band went on to say that he would be replaced by his nephew Stevie Young. On September 30th, Young's family finally issued the following statement to People magazine

For those who don't know, Dementia is a disease of the brain. It's an ugly, terrible condition that can occur in different forms, causing loss of memory and thinking functions, and leading to loss of body control. Very few variants of the condition can be cured. The most well known kind of dementia is known as Alzheimer’s disease. A source close to young was quoted in an article by an Australian newspaper saying "he has complete loss of short term memory."

As devastating as this news is, the show must go on. AC/DC plan on beginning a worldwide tour in support of their new album "Rock Or Bust" in early 2015, which is rumored to be their last. Earlier in the month, the band began teasing the song "Play Ball" in ads for Major League Baseball's Postseason campaign on Turner Sports. The song sounds good. It's got the classic AC/DC sound, but there is just a sad feeling knowing that the founding rhythm guitarist isn't on the track.

Thank you Malcolm for 40 years of face meltage. You are, and will remain one of the all time greats.