Look who's back! ERRA have just signed a record deal with the juggernaut Sumerian Records as they prepare the release of a new EP entitled "Moments of Clarity". And that EP is coming much sooner than you may expect. November 10th to be specific.

The first musical evidence of this has just arrived through the single "Dreamcatcher", lyric video and all. Scope out the goods below and pre-order right HERE if you enjoy. There will only be a limited physical pressing so get it while you can!

It bears saying this will be the band's first release without vocalist Garrison Lee. Consequently, Ian Eubanks has taken up the helm as ERRA's front man. We actually caught his first ever live performance with the band over the Summer if you're looking for more. 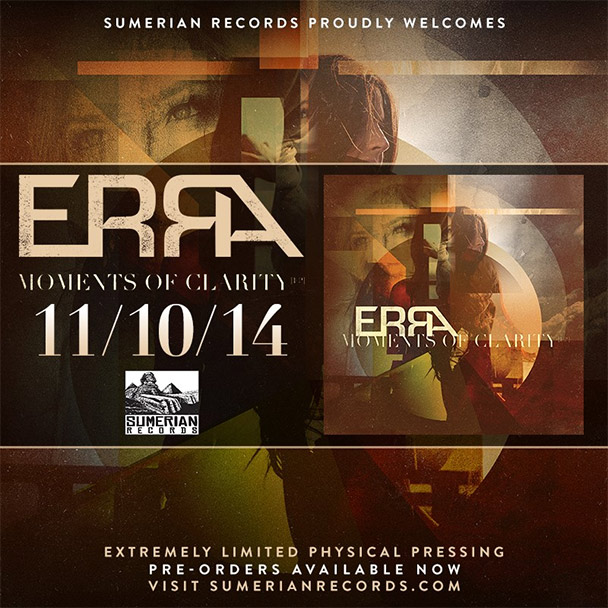