Mask of Judas, those doyens of Progressive Tech are back. They return to the creative fold with new single, Gravity, which is available to buy from their Bandcamp site on October the 1st.

The track instantly sounds like a substantial step forward for this hardworking band of musicians. Spiralling shards of the most audacious shred slice through the glossy and adroit mix like a samurai sword through incipient shogunate flesh. But the guitar is not alone in its pointed perspicacity, the drums and bass both punish and undulate; creating structure for the guitar and grasping the phrasal thread themselves and shifting forward.

Jo Challens vocal style, though similar in timbre to their previous output, has matured in both phrasing and focus. Allowing the glittering edges of her Maynard Keenan meets Mary J Blige cleans to ring through, with the obdurate and abrasive mode of her fry vocals sitting as a judiciously used counterpoint.

The delicious, heady aroma of the pocket masterpiece hangs heavy in the air as one engages with this track. Exploring thoroughly the ideas it presents without over indulging in analysis or saturated self obsession. It has confidence, class and thoughtful exposition; expanded lyrical passages where the phrase opens out and the vocals crest on the propulsive thermals of the music and sections of unbridled celebration in the pure joy of guitar playing.

Mask of Judas has always seemed to be a band that sought to avoid cliché, not through obtuse and strident choice but simply by their desire to crave their own vivid, scenic artistic path. Gravity is, to me, the sound of that band becoming auteurs within their chosen medium and being finally able to walk with their natural and definite gait within that path. So, while the search for the authorial voice never ends, now Mask of Judas can say their hunt has truly begun.

They are in the process of writing their new album which they hope to start recording at the beginning of next year. 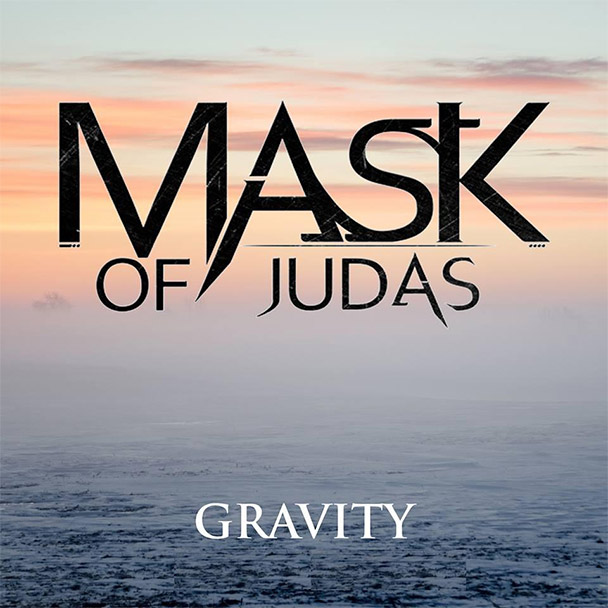