Following Adrian Fitipaldes' departure from the band, Northlane have been actively seeking the right frontman to carry on with the music. And it appears as if they've found what they consider to be the right guy. It hasn't been officially announced yet, but his name is Marcus Bridge (from Sound of Seasons). The band released the following two statements in recent history.

"We just confirmed that next Thursday we will be flying out our main man Will Putney to Sydney so that he can record our first single with our new vocalist. The track will be titled “Rot” and we will be shooting a music video for it the following week. We think it's one of the heaviest Northlane tracks ever. We are looking to introduce our new member via the single and video on November 21. In the mean time, keep an eye out on all our socials as we will be sharing photos and video from our recording and writing sessions."

"We won't announce who he is until Rot is released on November 21. The reason for this is simple, we don't want him to be judged prior to you all hearing him on a Northlane track. Northlane is first and foremost always about the music we create. So it makes sense that the best way to introduce a new member of our band is via the music we created with that member."

Now why Marcus Bridge, you ask? Because of the internet. Perceptive Northlane fans did some digging around photos that surfaced on Instagram from both guitarist Josh Smith and Marcus Bridge which look to be taken in the same room. Furthermore, the resemblance from Josh Smith's image is hard to deny. Looks like Marcus Bridge may very well be the new frontman. 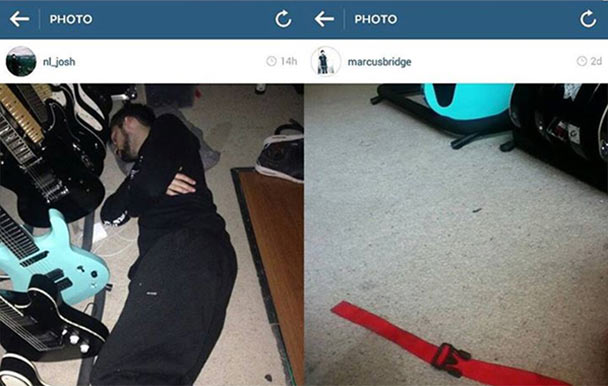 While we wait for actual confirmation, here's his audition along with some music!