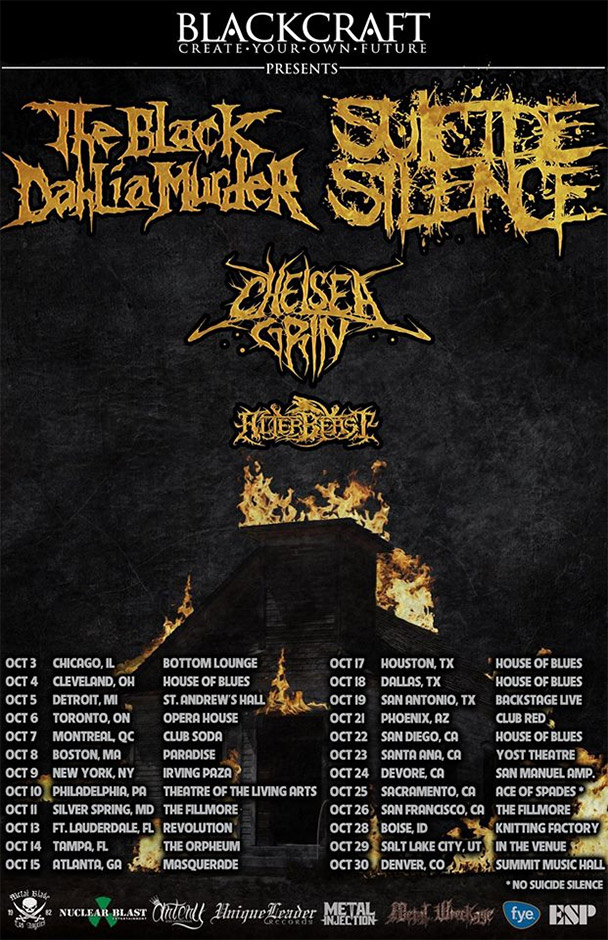 October is the best month of the year, but it just got a little better because The Black Dahlia Murder are currently on tour with co-headliners Suicide Silence, along with supporting acts Chelsea Grin and Alterbeast all month long. YESSS!

Vocalist Trevor Strnad (TBDM) offered the following comment on the tour: " We are very excited to finally be able to let the big secret out… our final US tour on the "Everblack" album will be with none other than Californian titans Suicide Silence. The guys have been homies of ours since we toured together with Cannibal Corpse in South America. We are extremely glad they've chosen to persevere all of the hardship and tragedy and we are proud to call them tour mates and friends. The magic 8 Ball says we're going to party our asses off together and have an awesome, successful tour. Cheers to Suicide Silence and we'll see you all in October!"