TOMMY ROGERS (BETWEEN THE BURIED AND ME) SOLO ALBUM #2

Under the guise of Thomas Giles, Between The Buried And Me frontman Tommy Rogers is preparing the release of another solo album. Here's the official press release along with the brand new single, "Mutilated World".

Between the Buried and Me vocalist/keyboardist Tommy Rogers is set to release his second solo album on Metal Blade Records. The new album, which will again be released under the Thomas Giles moniker, is entitled Modern Noise and will be available on November 25. Testing the limits of what he can do naturally with his voice, Rogers' strikingly beautiful falsetto and dynamic range conjures tales of anxiety, collapse, end-times and strength against swelling, heart-lifting arrangements and pristine backdrops of ambient loops, digital burbles, analog hiss and woozy drones. Exploring combinations of the outré genres of both post-rock and electronic, the music's emotionally resonant yet textural sounds draw reference to artists such as Radiohead, Smashing Pumpkins, the Verve, Beck, Oasis and Spiritualized, balancing both rock and electronic impulses. Listen to the first single from the album, "Mutilated World" now at metalblade.com/thomasgiles.

Though Rogers is an accomplished multi-instrumentalist (he recorded most everything himself on the previous album), for this new album he enlisted the talents of a former band mate. Fans will surely recognize percussionist Will Goodyear, who performed drums on Modern Noise. Goodyear, who is currently in Grohg, previously played with Tommy on the self-titled Between the Buried and Me album, as well as their previous band, Prayer for Cleansing. The two have a natural synergy, and that was only enhanced while working with longtime Between the Buried and Me producer, Jamie King, at The Basement Studios in North Carolina. Rogers adds, "having Will play on the record was such a wonderful experience. We have a very long history together and I'm glad we found a way to create something together again. He was a perfect addition to the record. He made every song better naturally and really brought the album to life. A very creative mind."

What is Modern Noise? The title is merely a statement that reflects what they are creating: their take on the modern rock sound. Tommy Roger explains the title and music: "This record was an outcome of me creating songs while not wanting to over evaluate the music. I wanted to record things that naturally came to me and because of this, the record feels like an accurate extension of myself. I took a more rock approach and really focused on writing simple yet dynamic songs. Lyrically, I feel it's a great mix of storytelling and personal experience. Modern Noise is basically just saying this is my current noise on the earth. We all are here for a short amount of time and the noise we make is our memory."

Fans of Tommy's work with Between the Buried and Me, as well as fans who steer clear of anything metal related, will find plenty to enjoy here as this is nothing short of a well written, genuine, and intensely passionate modern rock/progressive album. This is Tommy's take on music, or as he says: "Music is always Modern Noise. I'm just a person in current time trying to create something somewhat new." 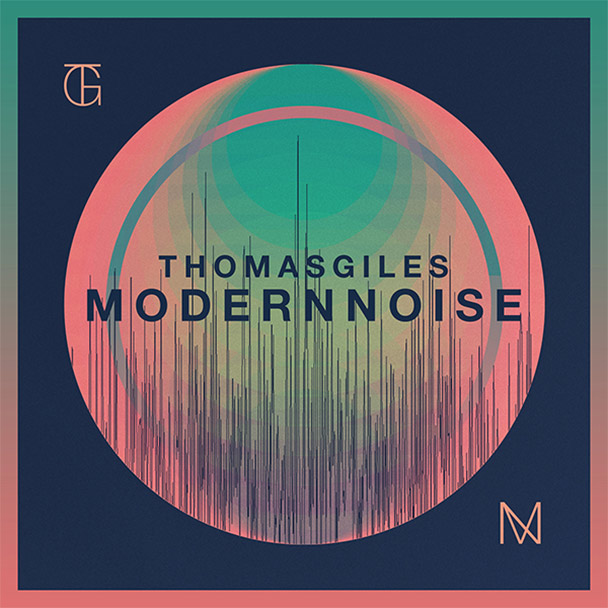