Running strong since the late 90s, The Bostonian Metalcore legends have marked their place through 5 hard hitting albums. Classics include “The Oncoming Storm” and “The March” among others. Even with such a great run and the falling off of contemporaries Shadows Fall and God Forbid, the band is no where near finished with their hard work and dedication.

And now… Unearth strikes back! Their new album "Watchers of Rule" is sounding excellent to say the least. The effort will be released on October 28th through the growing juggernaut, eOne Music.

In support of this, the band has released two new tracks, both of which are a mightily impressive addition to their discography. These will only be the first shots of many to be found on their upcoming album, “Watchers of Rule”. More details on that to be announced.

So what are you waiting for? Have a listen for yourself! Warning: This may cause unexpected moshing and violent headbanging. 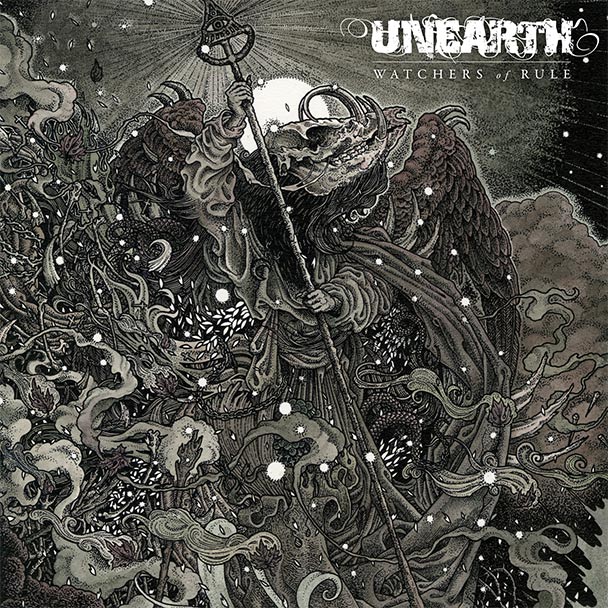