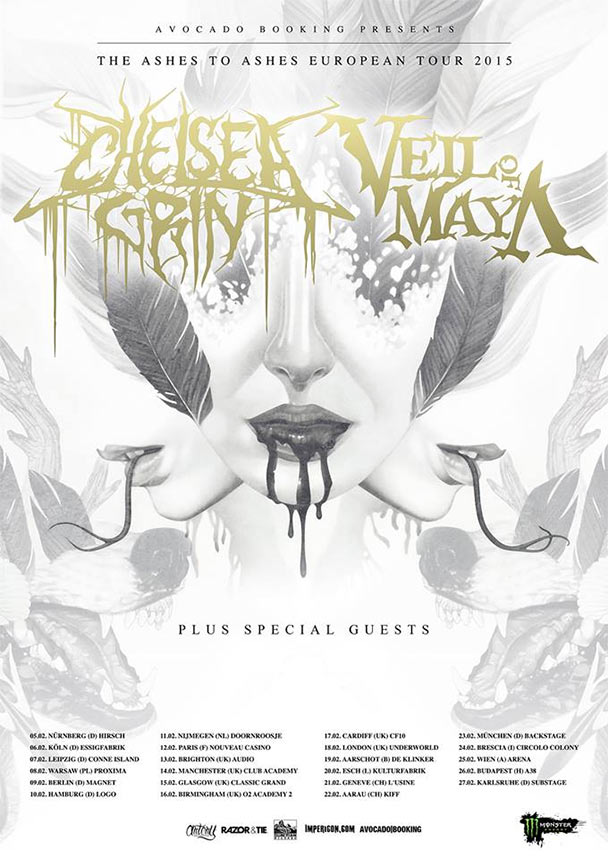 Without any confirmation of a new vocalist, Veil of Maya keep announcing new shows. Though it should be mentioned that Lukas Magyar (Arms of Empire) had a performance with the band not too long ago. Here's the video evidence. But like we said, nothing has been confirmed as of yet.

This latest announcement is one of those sick ones! Veil Of Maya is, in fact, heading to Europe in February 2015 on a co-headlining tour with Chelsea Grin, spending almost the whole month across the old continent. The flyer also says "plus special guests" so there will probably be 2 tasty support acts as well. Stay tuned to know more about who they are! Take a look at the tour dates on the flyer above and purchase your tickets as soon as you can!