Intelligent musicianship, creativity, and vast soundscapes are the stuff that Woccon is made of. This band emerged from Athens, Georgia in 2011 at the hand of multi-instrumentalist Tim Rowland. He was later joined by other talents to make a full line up which currently stands as a three with Tim, Kellen Harris, and Sam Dunn. In 2012, the band signed on with Deathbound Records to spread their take on beautiful music.

What Woccon delivers is a great merge of many metal sub-genres and ideas. At the forefront there's a matrimony of Melodic Death Metal and Doom Metal. Themes of Black Metal, Death Metal, and beyond can be quite prevalent in what they do. But it's shame to really try and pinpoint the sound these guys give because no matter what, creativity seems to be the main focus here.

We're here today for a look at (listen to) the band's latest release, "Solace In Decay". This incredible album was just released a week back with impressive scale and execution. It brings 11 tracks, all of which have something awesome in store. It's highly recommended you press "play" on the Bandcamp stream just below. And if it piques your ears as it has mine, show Woccon your support \m/ 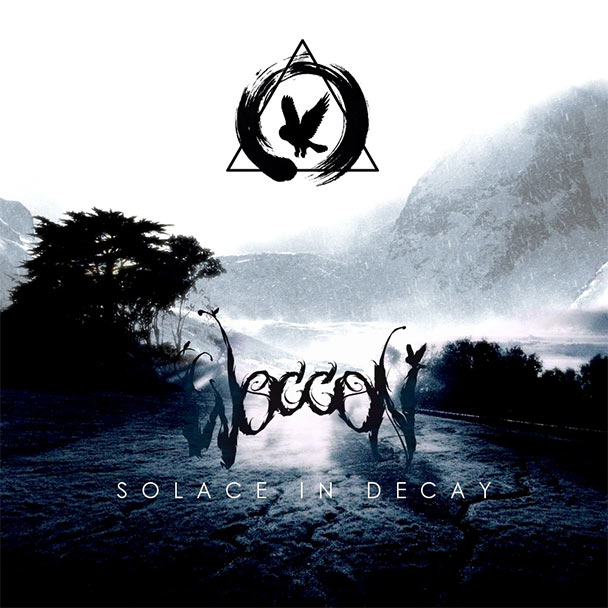