Xibalba just announced all the goods in regards to their brand new album, "Tierra Y Libertad". Check the official press release below, read up, and learn. Plenty more where that came from very soon as "the first audio insight into the album, savage new video material, tour updates and more are to be released in the coming weeks."

Xibalba today reveals further details regarding their eagerly awaited third album, Tierra Y Libertad, set to be unleashed on January 26th in Europe and the 27th in North America through Southern Lord.

The Pomona California five-piece, infamous for their deliriously heavy hardcore death metal, are proving once again that their colossal clout outweighs the sum of their contemporaries. Tierra Y Libertad finds Xibalba in their most threatening form yet, forcibly colliding elite '90s death metal with reckless down-tuned doom tones and their most fist-swinging beatdowns yet. The breakdown has become Xibalba's crippling modus operandi, refined over the course of their career and re-envisioned as a new terrifying beast, creating a nefarious intensity on Tierra Y Libertad usually only reserved for majestic black metal, transcendental doom and post-metal, but here hewn from furious violence.

Across forty-five minutes and eight tracks of brutality, Xibalba claries their disregard for the recommended dosage of unholy stomp that a listener could possibly take, made all the more devastating by the returning hand of Taylor Young (Nails, Twitching Tongues, Disgrace) behind the recording controls at The Pit in Van Nuys. Similarly, Xibalba called upon Dan Seagrave (Dismember, Entombed, Suffocation) to create Tierra Y Libertad's cover artwork, as with Hasta La Muerte. 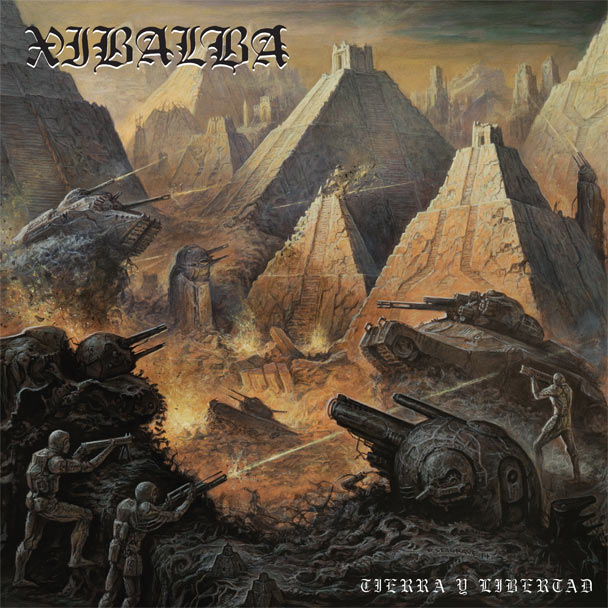 The first audio insight into the album, savage new video material, tour updates and more are to be released in the coming weeks.