Now, we all know jugs are awesome. But honestly, what's the point of one jug? You really need two to get your squeeze on. Click HERE for a demonstration.

Periphery realized this issue and made the only intelligent move they possibly could… twice the juggies! You heard right – "Juggernaut" will be a double album! And just like that, the long anticipated concept album has become twice as epic with twice the music! So if you were already on the edge of your seat, you best be holding on for dear life now. Furthermore, the album will be released on Janurary 27th through Sumerian Records under the monikers of "Juggernaut: Alpha" and "Juggernaut: Omega".

But wait! There's more… The band just announced a headlining tour in support of this madness. They'll be accompanied by Nothing More, Wovenwar, and Thank You Scientist on the trek. Dates below.

And if that wasn't enough, here's what drummer Matt Halpern had to say about "Juggernaut",

“Given the nature and complexity of the Juggernaut story, we’ve actually done something different and exciting in regards to the release. Juggernaut is a story that is told through our music, and we want our audience to fully digest the whole experience. Because Juggernaut is very detailed and dense in terms of character development, peaks and valleys, climaxes and resolutions we’ve divided the story and music in two, in the form of two separate albums.

Juggernaut: Alpha, the first part of the story, focuses on the back story and character development, while part two/album two, Juggernaut: Omega, focuses on some pretty serious and gut-wrenching events, taking you for a thrill ride along the main character’s complex journey. Although the albums are split in two physically, the story is only complete when the albums are digested consecutively, allowing the listener to recognize and hear the lyrical and musical overlapping themes, foreshadowing, and connected ideas.”

“This is new ground and it’s exciting. It’s a way to shake things up. Everyone contributed to everything, even if it wasn’t his instrument. It wasn’t about confrontation. Everyone was focused on creating a really cool album.” 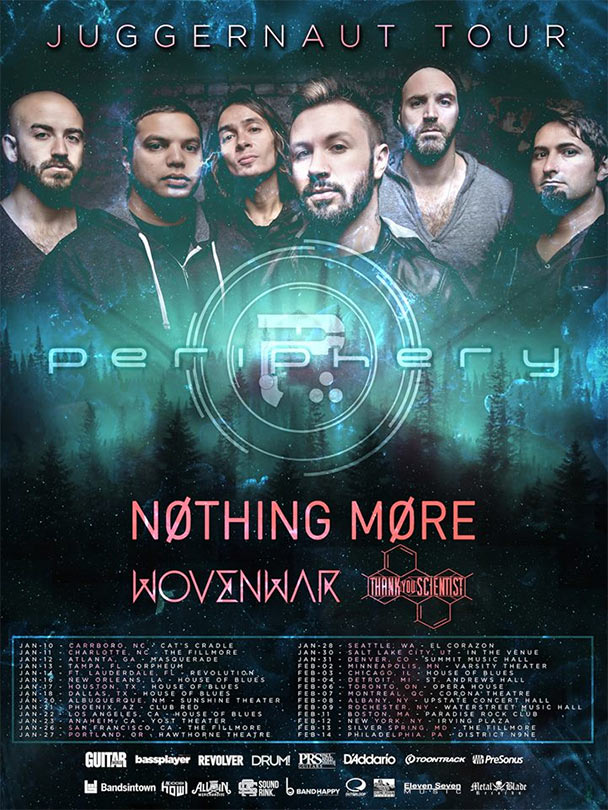