OPHIDIAN I “WHENCE THEY CAME” SINGLE

Who enjoys a good face melting? Ophidian I is an absolutely listen worthy Technical Death Metal unit hailing from Iceland. They're incredibly talented and cohesive working to bring you some cutting edge death. Watch out though, this band steamrolls the listener with reckless abandon.

They first caught my attention with the 2012 album, “Solvet Saeclum”. While rough around the edges production wise, the album more or less served as a must for death heads.

Now, the Icelandic death machine is back to deliver more metal. And it appears as if they've corrected any issues with the previous release with the dawning of this new single, "Whence They Came". The track brings some monumental heaviness and talent to the table. It really makes one wonder what may come next! Rumor has it a new album is on the way.

Give a listen and see what you think. It even comes with a beautifully animated video! 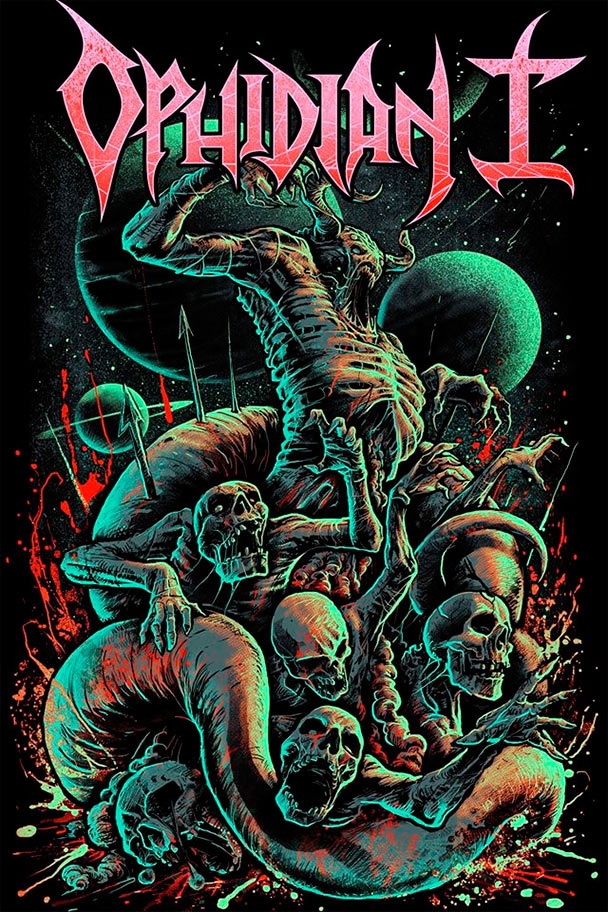