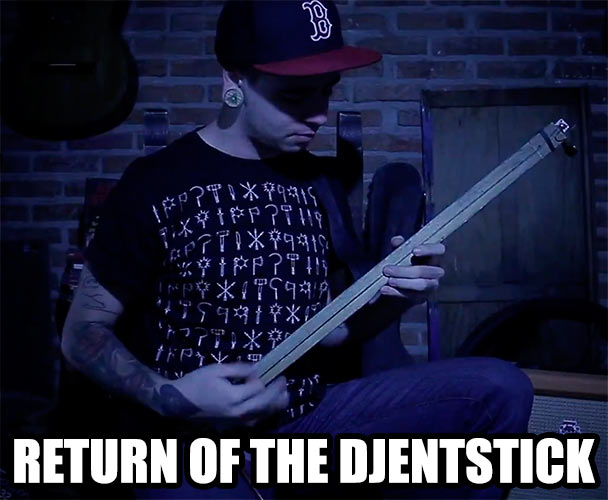 You may or not remember the infamous 'djentstick' as linked above. The hilarity / controversy all began when a man named Miguel Yépez attached an active EMG81 pickup and a single guitar string to a regular stick and tuned it low. He did a (nearly) full cover of After The Burial's "A Wolf Amongst Ravens", sparking all kinds of reactions in the process. This included everything from laughs (obviously) to further criticisms on the particular style of music and just about everything in between.

Well, now it turns out sir Miguel has begun a full-fledged musical project based around said stick. It simply goes under the moniker of "The Djentstick Project". Through this endeavor, he has just released his first single "Nightcrawler" which brings the binary and some. Here's what he had to say:

Hello Miguel here, a song of my own this time hope you guys enjoy it. All the rythm "guitars" were recorded using the Djentsick thru a Pod XT. No real guitars were harmed on the making of this video. 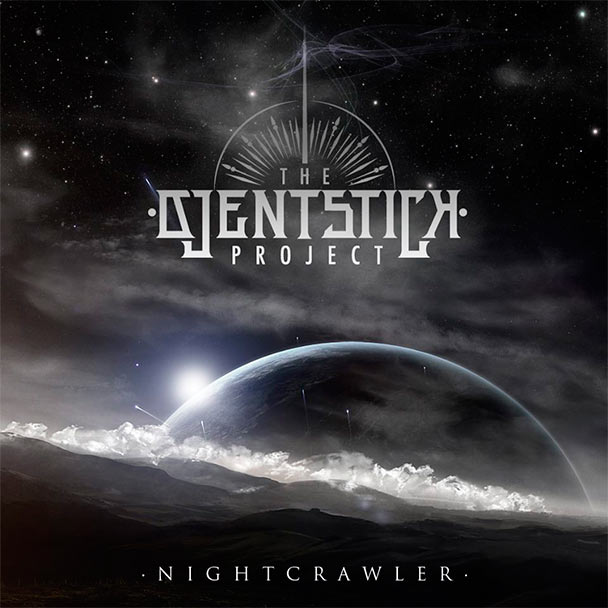