Relapse Records is known for pushing the boundaries of extreme metal and bringing on some of the strongest bands in the game. They've been at it for 25 years now and it's time to celebrate… with a massive collection of FREE MUSIC! Here are the details:

As part of the continued year long celebration for Relapse Records 25th anniversary, today the label has released a free 180+ song sampler spanning the label's entire history. The sampler features one track from almost every artist that has ever released an EP or full-length with the label since 1990 including Mastodon, Neurosis, Obituary, Red Fang, Death, Dying Fetus, Necrophagist, Suffocation, Baroness, Dillinger Escape Plan, High on Fire, Torche, Pig Destroyer and many more. The sampler can be streamed and downloaded via Bandcamp here: 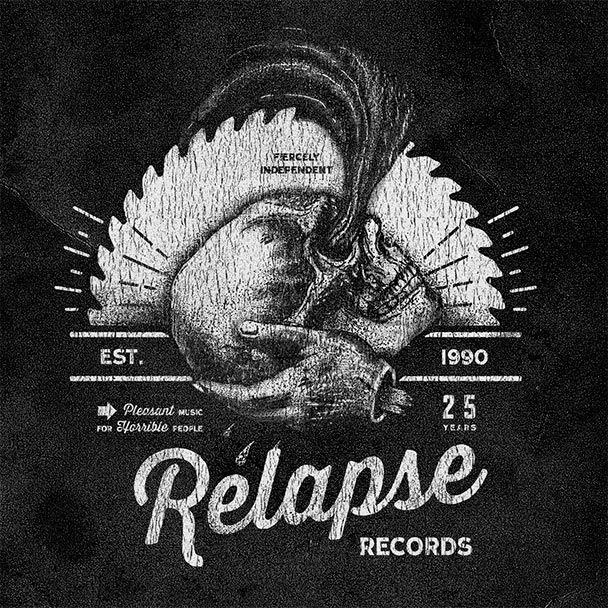