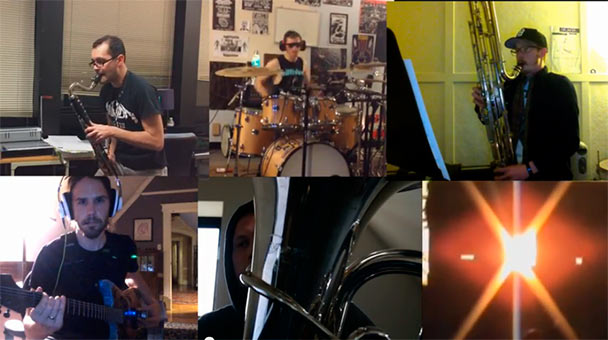 Here's a brilliant and thoroughly experimental new project brought to you by the one and only Dr. Nick Vasallo (OBLIVION). It includes Gleb Kanesevich (The Clarinet Death Metal Man – Watch Here), The Living Earth Show, John McCowen, Sam Underwood, and Dino Alikadich.

They bring a very dark, yet very metal soundtrack through Vasallo's signature, otherworldly compositional ability. Chances are this isn't too much like anything you've heard before. But's 100% worth experiencing, especially if you're looking for something different.

PROGRAM NOTES
Imagine five separate forces from different origins converging at the same time. It is a balance between synergy and anarchy. Each performer has a specific set of written instructions. They aren't playing music in reaction to each other, but performing individual interpretations of a narrative I have laid out.