After seven years, Incinerate is finally ready to release their third album. Filled to the brim with brutal slams and technical lead-work, "Eradicating Extraterrestrial Species" will definitely be a good album for death metal fans to purchase! Read what they have to say about their upcoming release.

Tough cause we got both haha

I think our new cd is kinda in the middle. I hear more old school late 90s influence, with memorable riffs, a chorus or two, different vocal styles, tech but no sweeps, tight but not over produced. Some chugs but also some speed.

You can put it in and each song is noticeably different from the next. I'm pretty happy with it. Assuming we can finish mixing and mastering it ever.

This album will be released on April 21 on Comatose Music, so go update your calendars! 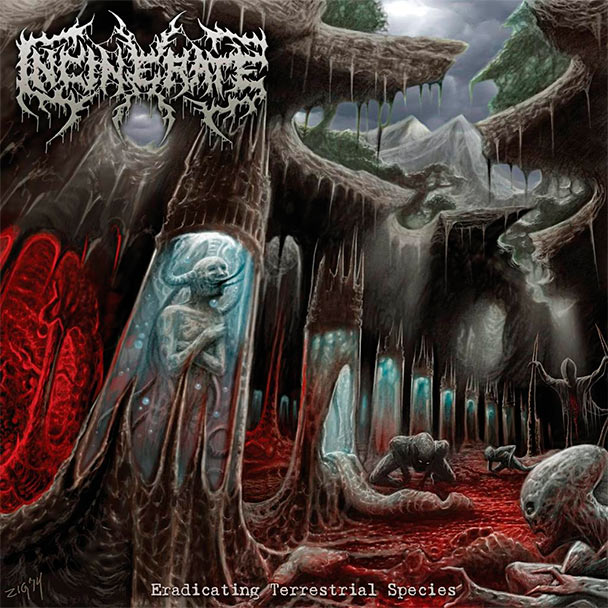