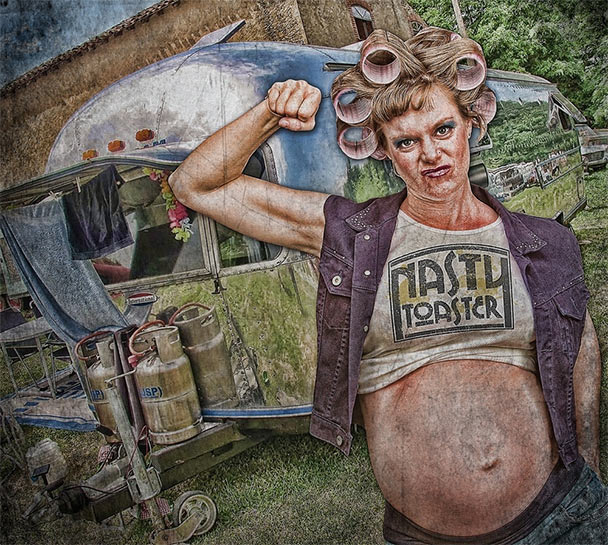 You may remember Nasty Toaster (what a name!) for having one of "the more strange, fucked up music videos I've seen this year." They brought out their inner French rednecks and started up a fight club to the death in said recent music video for "Heat Up Your Hearts Till Its Last Beats".

Well, they're far from slowing down as the rest of their self-titled EP is now available for purchase through multiple venues! In support of this, they're now bolstering the opening track "Plastic Hips" which shows off a more mature and melodic side to the band. For having just debuted, they already prove to be a versatile musical unit!

This band defines themselves as modern Hardcore / Metal and consequently have a pretty chaotic, awesome sound to them when you dig through their EP. They hit hard in the right places as they bring a mosh inducing soundtrack to the forefront of what they do.

Currently, Nasty Toaster function as an independent band and seem to be doing a good job of functioning on their lonesome. Check out the music below and show support HERE if you enjoy the madness. You might need to wash yourself afterwards.