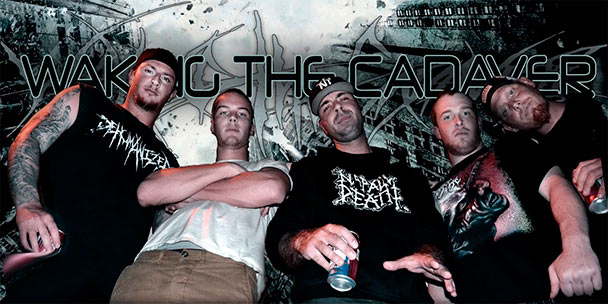 Waking the Cadaver was an excellent brutal death metal band with three well-done albums under their belt. Unfortunately, they posted on Facebook that they were officially throwing in the towel. Read what they said below

"It is with sad news that WTC will have to announce that we are no longer a band. Truth be told, we haven't been a band since our last show we played in Seattle October 2013 on the Dying Fetus/Exhumed tour. We were never sure what the status of the band was going to be all this time, that's why there hasn't been an announcement, but some of you have figured it out and it's only right to let everyone know the truth. There's no bad blood with members or anything, we are all just living busy lives and are unable to commit to the demands of being in this band. Who knows, maybe in a couple years we'll jam again. We want to thanks all our fans world wide…it's so amazing how you people have made this band able to do things other slam bands would dream of doing. We sincerely love you all from the bottom of our cold dead hearts!!! Stay brutal

Mike Mayo is currently jamming in the grindcore outfit Ground and John Hartman is continuing his legacy in the legendary Mortal Decay. Support these awesome bands."