Swedish death metal quintet Gutter Instinct will release their debut EP, the four-track "The Insurrection," on May 19 (North America), May 18 (UK/EU) and May 22 (DE).

Recorded at Helsingborg's Studio Mangelrum with Kristofer Orstadius, the band drew inspiration from newer bands such as Teitanblood, Bölzer, Grave Miasma, Black Witchery and Portal to expand their distinct grinding tone with dark, haunting blackened smatterings. Further details on the new EP will be released in the coming weeks, including the worldwide premiere of the new track "The Invisble Hand" on April 14. For now, listen to a teaser of what's to come in the below.

Gutter Instinct was founded in 2012 by Oscar Persson (guitars), Hannes Hellman (guitars) and Thomas Ernemyr (vocals) in Helsingborg, Sweden. With an aim to unleash music with no compromise or remorse, the band in 2013 recorded and self-released their first demo tape, "Obedience," which focused on themes of oppression, anti-religion and anti-establishment. Recieving acclaim from Swedish press, the band went through a series of lineup changes before finalizing drummer Ola Håkansson and bassist Simon Isaksson. The group was quickly spotted by Prosthetic Records, who picked them up for an international, multi-album deal. 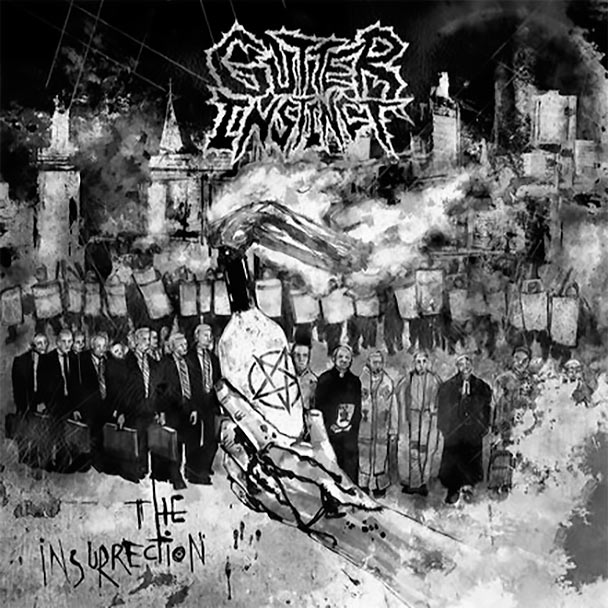