New Between The Buried And Me Album This Summer / Tour Announcement 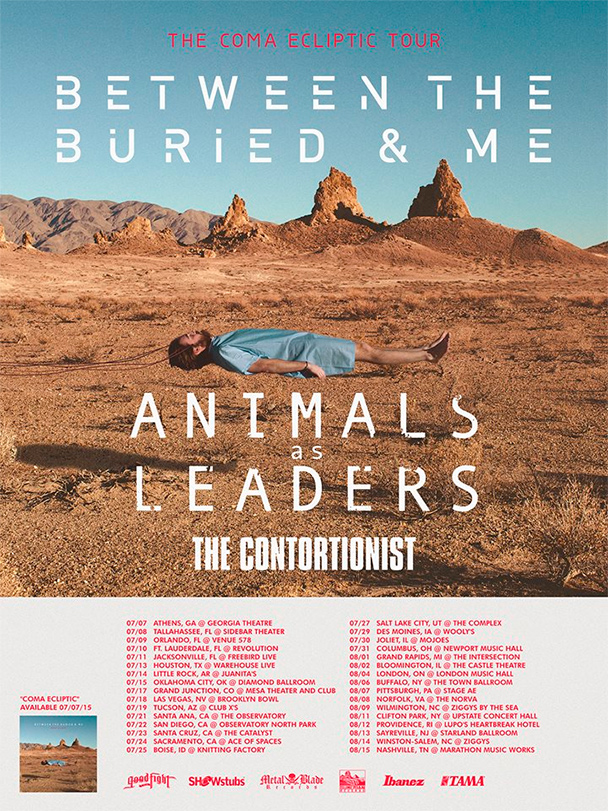 Between The Buried And Me just announced an all new album to be released this Summer. To be more specific, "Coma Ecliptic" will have a July 7th release through the juggernaut Metal Blade Records! The first single from the album and pre-orders will land on April 3rd. Great music is coming. Here's a snip from the official press release:

“Once again, the band has returned with an ambitious concept album. This time, the story follows the wanderings of an unidentified man, stuck in a coma, as he journeys through his past lives. Each song is its own episode in a modern day, sort of The Twilight Zone-esque fashion. The unidentified man enters each world and is offered a choice: stay, or move on to the next in search of something better, something more “perfect.”

In addition to this, the band has announced an upcoming tour with Animals As Leaders and The Contortionist. Check all the dates on the flyer above.

While you wait, here's some music: