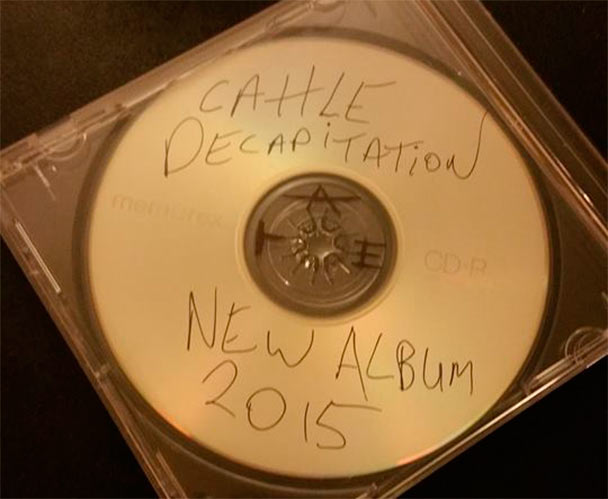 Your livestock are about to be rekt. Cattle Decapitation have finished a brand new album to be released this year. It comes complete with probably the sexiest artwork I've ever seen (as seen above).

In all seriousness though, it's great to see these guys coming back this year. Except a merciless mass of brutality and high end musicianship. The album was recorded with the man Dave Otero (Cephalic Carnage, Allegaeon). It's rumored to have a Summer release through the juggernaut Metal Blade Records. Keep your eyes peeled.

Here's what the band had to say:

"We are finally done mixing and mastering our new album! Because of the vinyl industry blowing up, our album won't be out for about another 5 months and will be released mid-summer! In a few months we will announce the album title, tracklist, pre-orders and the cover artwork by Wes Benscoter, which in our opinions, is our best album cover yet! It's gonna be agonizing for us to wait this long as we are very stoked on how this came out and are anxious to show you all this beast of a follow-up to 2012's Monolith of Inhumanity!"