We once gave the nod to Orbweaver as a band to watch out for, and with good reason. This experimental death metal band has a passion for pushing limits. They, more or less, put together Gigan’s psychedelic brand of technical death metal with an insane mathcore twist and Rings of Saturn’s speedy deathcore. The result is a trippy, dissonant, and largely unpredictable journey that might work better if you’re on acid.

It turns out ex-Trivium drummer Nick Augusto has now officially joined their ranks, adding yet another band to his résumé. Here's the official statement from the band regarding this:

“We are very excited to announce the newest member to the family; Nicholas Augusto. Nick has a very unique style filled with power and has a very adventurous sense of musical exploration.

The band has been holed up at Shadowlit Studios working on pre production for our next record “HEXAGRAM 23” which we will begin tracking later in the year. We are all looking forward to the new sounds we are creating, and will be slowly revealing songs from the new record at our upcoming shows.

We would also like to take a minute to thank our friend and ally Janette Valentine for taking time out of her super hectic schedule to take a few photos, and somehow make us look less ugly. Thanks Red!

-MAY THE STRANGERS BE LISTENING!” 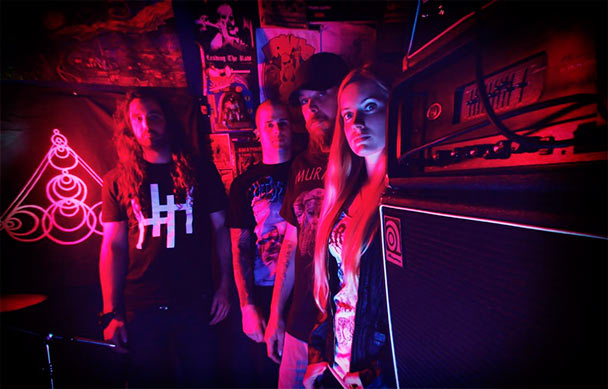