This is heavy. Allies To The Adversary bring a brand of gut busting Deathcore from up in Toronto, Canada down on your heads. There are chugs o' plenty and some vicious technicality to boot as the band proves worthy of starting a mosh. This has shown from the inception of Allies To The Adversary back in 2012 onwards, releasing a self-titled EP alongside a wide array of singles.

They currently stand on the edge of releasing their debut, full-length album "Deathbed". It will be released on none other than 4/20 through the good people over at Chugcore. In support of this, the band has already released three singles – "Mara (ft. Matthew Krawchuk)", "Brickyard", and "Lucid Living". You can listen below and pre-order the album over on Bandcamp if you enjoy the skull crushing. You won't have to wait long for more of that. 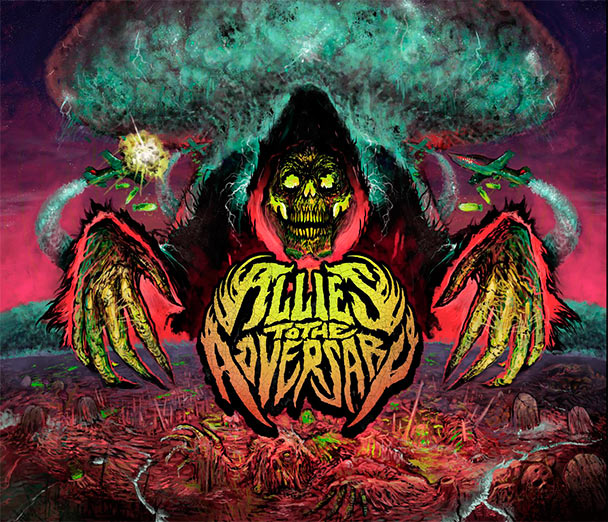