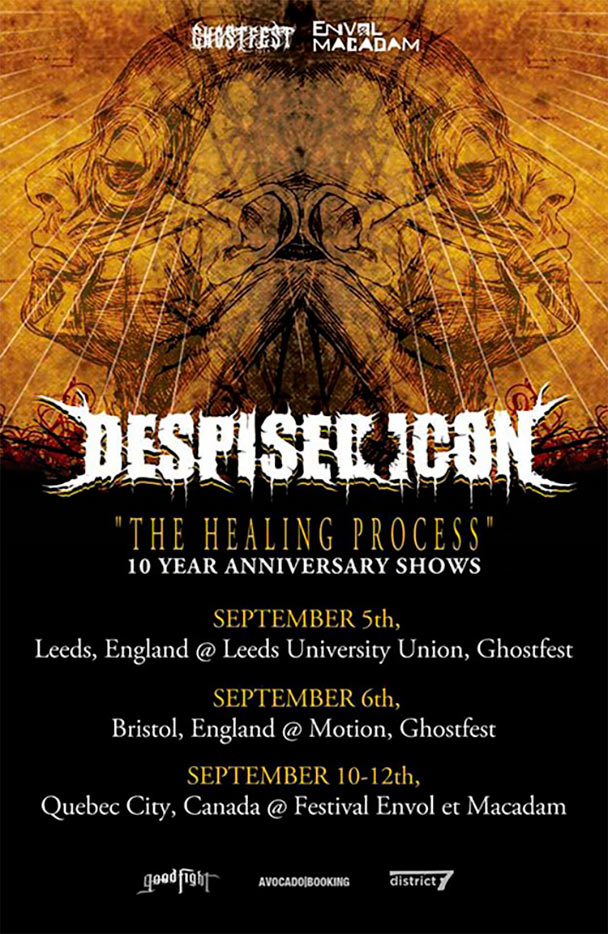 In an unexpected turn of events, Despised Icon will be reuniting to play a series of “exclusive” live shows later on this year. This is being done in celebration of the 10 year anniversary for the bands famed album, “The Healing Process”. There will be two shows in Endland, one show in Canada, and the rest of the world is shit out of luck. But it’s certainly interesting to see them reuniting at all. Maybe there’s hope for future live shows beyond this. And maybe there’s a much smaller hope for new music? Probably not but we’ll see what happens. In the meantime, here is the official press release:

Today marks 10 years since Despised Icon released our album The Healing Process. To commemorate the occasion, we will be performing three exclusive shows this year with a few extra old school tracks. Thanks for sticking with us all this time. See you in September!