The winds of spring bring the stench of Sulphur…

Here's an awesome, emphasis on awesome, German Death Metal unit heavily influenced by none other than the legendary H.P. Lovecraft. Sulphur Aeon's critically acclaimed demo tape "Sulphur Psalms" was released in August 2010, followed by the "Deep Deep Down They Sleep" 7inch (released in May 2012). The debut album "Swallowed By The Ocean's Tide" (December 2012) received worldwide praise by both the fans and the media as being one of the very few innovative and pioneering death metal albums of recent years with its deathly melange of ferocious riffs, ultra-precise drums and sepulchral incantatory chants, combined with a high level of musical competence and songwriting to the most haunting and wicked death metal.

Now, they're back again with another massive, Cthulhu-esque album in "Gateway To The Antisphere"! The album was just released today, bringing back Death Metal from the deep. It's highly recommended that all fans of extreme metal check this one out. You can listen to the entire album right here, right now and grab the music on Bandcamp if you enjoy the terrifying scale of this album. 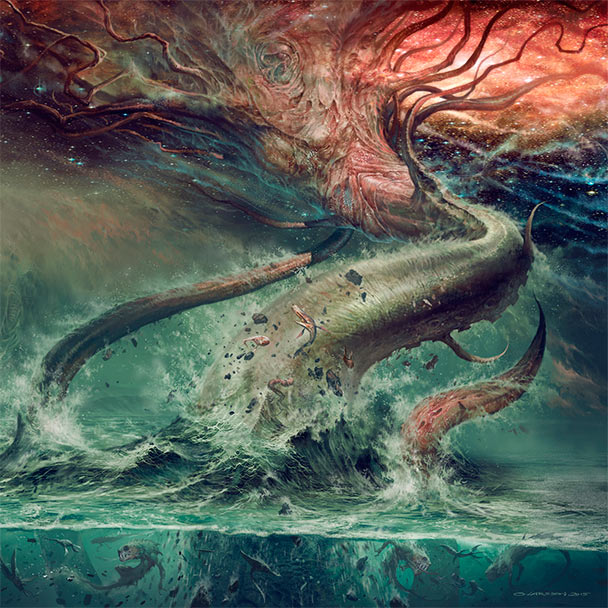