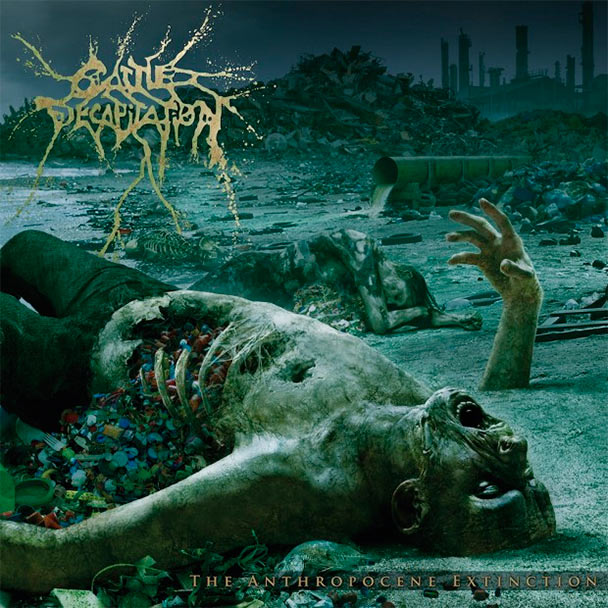 San Diego based Death Metal / Progressive Grind act, Cattle Decapitation have issued the following details on their Facebook page, regarding their forthcoming album “The Anthropocene Extinction”:

Anthropocene, a proposed term for the present geological epoch (from the time of the Industrial Revolution onwards), during which humanity has begun to have a significant impact on the environment.

In 2012, CATTLE DECAPITATION shocked the metal world with what was revered by fans and haters alike as their best album to date, Monolith Of Inhumanity. Here we are, three years later, CATTLE DECAPITATION and Metal Blade Records are pleased to unveil to the world the band’s magnum opus with The Anthropocene Extinction, set for world wide release August 7th, 2015.

Reenlisting Monolith Of Inhumanity producer Dave Otero (Allegaeon, Cephalic Carnage), CATTLE DECAPITATION returned to Flatline Audio in Denver, Colorado, eager to revisit the close collaboration that helped bring that record to life. “Dave is a bonafide producer,” elaborates vocalist Travis Ryan. “He’s got a lot of great ideas and this time we heard him out pretty religiously because making Monolith… had worked out so well. We’ve always kind of co-produced our records with whoever we brought in, but these last two we did a lot more listening to what he had to say rather than just sticking with what we were saying. Sometimes we shot down his ideas and vice versa, but that discussion was always beneficial. He basically becomes the fifth member of the band at that point, and I think that kind of relationship is the best way to get anything out of anybody.”

CATTLE DECAPITATION also enlisted a surprising array of guests to help achieve their vision. The one and only legendary PHILIP H. ANSELMO lends his throat to “The Prophets Of Loss” while recent signee to his Housecore Records label, fellow San Diegan and friend of the band, AUTHOR & PUNISHER, brings forth the industrial damnation as an intro to the track “Plagueborne.” Additionally, Germany’s dark metal misanthrope, MR. JURGEN BARTSCH of the almighty BETHLEHEM lends a spoken word piece in his native tongue to the apocalyptic final track “Pacific Grim.” Your body simply is not ready.

The record also sees the band extending their collaboration with illustrator Wes Benscoter, who’s handled the artwork for every CATTLE DECAPITATION release since 2002’s To Serve Man. “When we work with Wes, he becomes a member of the band,” says Ryan. As always, Benscoter formulated striking imagery that conveyed the record’s themes in unflinching style, the cover featuring a bloated and distorted corpse washed up on a beach, its torn abdomen disgorging a mass of waste plastic.

Whereas Monolith Of Inhumanity dealt with what could become of the earth and its life forms had humans continued their present course, with The Anthropocene Extinction we have been transported forward to man’s last gasps, reminiscent of what is currently going on with the Laysan Albatrosses on the island of Midway Atoll. The birds and aquatic wildlife of the Pacific Ocean are mistaking the vast amounts of man-made plastic items for food, ingesting it and are dying in large numbers, rotting where they fall and exposing to the world what is happening to the ecosystems of the earth’s oceans – the most unknown and unexplored part of our planet. The Great Pacific Garbage Patch of the North Pacific Gyre is just part of the problem – there are five gyres on planet earth and they’re all filling with plastic waste outnumbering the plankton vital for the ocean’s ecosystems. The breakdown of the earth’s ecosystems has begun long ago due to human interaction as well as the domino effect that will surely seal the fate for our species: The Anthropocene Extinction.

In related news, on Friday, July 11th, fans can join CATTLE DECAPITATION at the Brick By Brick in San Diego, California where the band will be playing a special, advanced CD release show in honor of The Anthropocene Extinction. Joining CATTLE DECAPITATION for this special occasion will be Author & Punisher, Noctuary, and Mortuus Terror. Those in attendance will have a chance to win some killer prizes courtesy of Metal Blade Records and the band making this a show not to be missed. So if you are a local or just in town for the infamous San Diego Comic-Con, make your way down to the Brick By Brick — just short ride away from the SD Convention Center — and prepare to meet your doom! Tickets are available for purchase here: https://www.ticketfly.com/purchase/even/859743…. 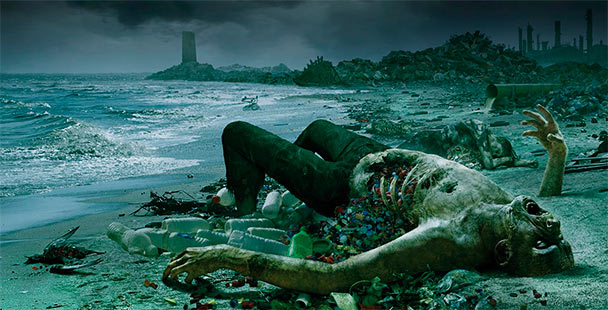