It was previously announced that Ghost had a new album on the way. But, now, the details are really starting to come out. This includes the official album art and track listing which can be found below. It was also made public that they worked with producer Klas Åhlund (who really doesn’t do much of anything in the realm of metal) and the effort was mixed by Andy Wallace (Slayer, Nirvana).

And, as previously announced, the album will go by the name of “Meliora” (which translates to “Better” in Latin) with an August 21st release date through Loma Vista Recordings primarily and Spinefarm Records in Europe. Stay tuned for much, much more. 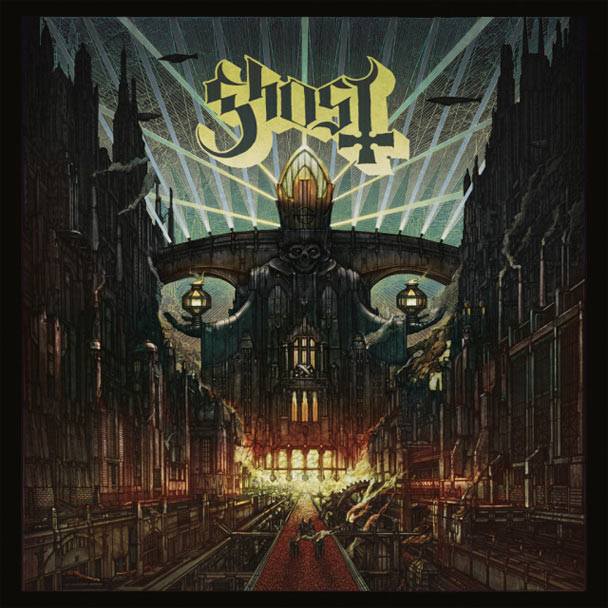