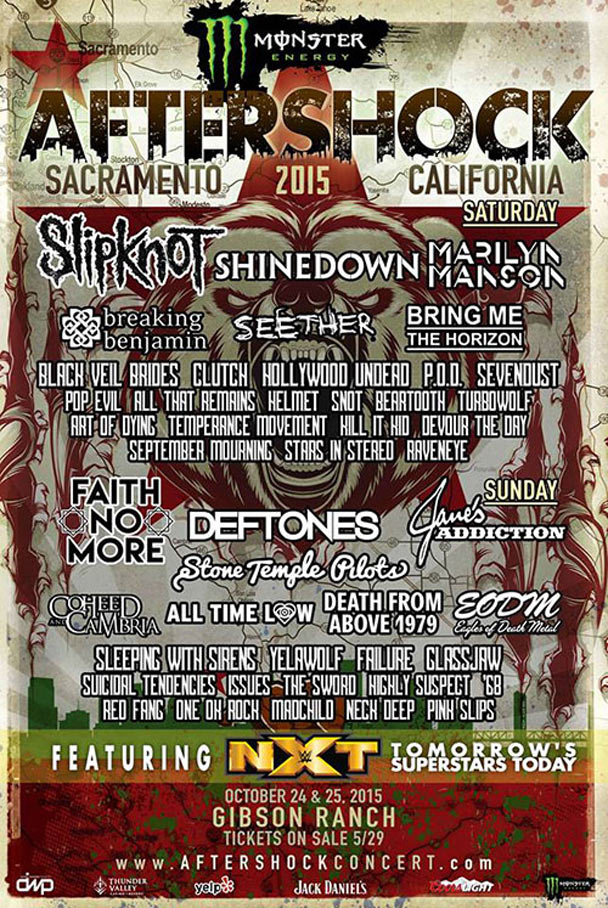 Monster Energy Aftershock Festival 2015 has been officially announced. You can check the press release down below along with the flyer up above.

The fourth annual Monster Energy Aftershock Festival will feature a spectacular music lineup of hard rock, alternative and metal artists, as well as an expanded festival site with onsite camping Saturday, October 24 and Sunday, October 25 at its new home at Gibson Ranch just outside Sacramento, CA. In addition, the festival will feature live, in-ring matches with WWE’s NXT Superstars.

Corey Taylor of Slipknot says, “We are really looking forward to playing Aftershock in Sacramento! A lot of great bands–can’t wait to see everyone, from Manson to Clutch. Sacramento won’t know what hit it when me and my friends are through.”

Deftones’ Chino Moreno says, “We’re looking forward to being one of the headliners at Aftershock this year and performing in our hometown. It’s always special to return to the city that made us.”