Six-headed Australian death machine Aversions Crown have released a new track, which is the first release to feature Mark Poida on vocals! Check out the gnarly new lyric video for the track on YouTube. Fans can download ‘Parasites’ for free by CLICKING HERE.

The band’s latest album and Nuclear Blast debut Tyrant was created in the oppressive heat of Brisbane’s summer of 2014 with Thy Art Is Murder’s Andy Marsh producing and Mark Lewis (Whitechapel, Carnifex) of Audio Hammer mixing. With a thematic fixation on dystopian nightmares and hostile extraterrestrial encounters, the relentless barrage Aversions Crown churn out across these ten songs will soundtrack either a solid Halo session or the coming invasion. The striking artwork was created by Swedish visionary Pär Olofsson, who has worked with acts like Exodus, Psycroptic, Aborted, Cult of Luna, Immolation and many more. 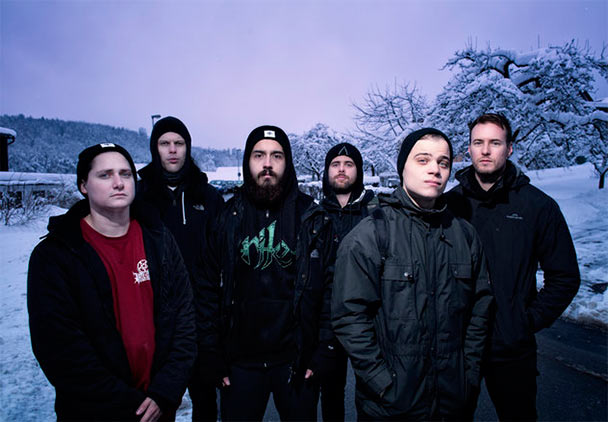