Unholy shred! Eschara are a brand new band with an intimidating level of skill behind their craft. Casting illusions with instruments much in the way an artist like M. C. Escher paints a picture, they’ll keep you guessing at what will come next. They execute their sound through bridging Technical Death Metal and Deathcore. The results are glorious.

Currently, the band is preparing the release of their debut EP, “The Nether Contagion”. So far, it’s sounding like a monster. This is especially true when you listen up to the extreme technicality of their debut single, “Ember”. It’s akin to being slammed with waves of distortion and cold-hearted musical aptitude.

Here’s a little more background on the band:

Hailing from various locations from around the United States, by means of the internet, three nerds got together together to create Eschara. The founding date of the band is hard to say, but May of 2015 is when the band emerged into the public. The purpose of Eschara is to create music so heavy and technical only computers will be able to listen to it. 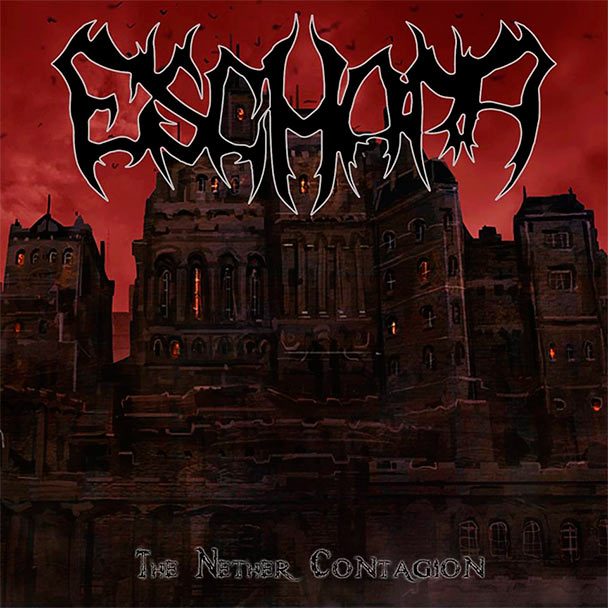