Old School Italian Black Metallers, Necromass have been increasingly active of late. After taking a hiatus of almost a decade at the end of the 90’s they are back with a vengeance, working at, what is for them, a prodigious rate.

After releasing the Calix. Utero. Babalon. album in 2013; they are back on the radar again with a classy, bizarrely theatrical video for new daemonic stomper ‘Fair Of Blasphemy’. The track is taken from forthcoming split album which is being shared with Label mates Mortuary Drape.

The video was directed by Stefano Poggioni and features Claudia Cataldi (Factory Prod.) as director of photography, both winners of several video-clips and short films awards, such as “The Drift”. 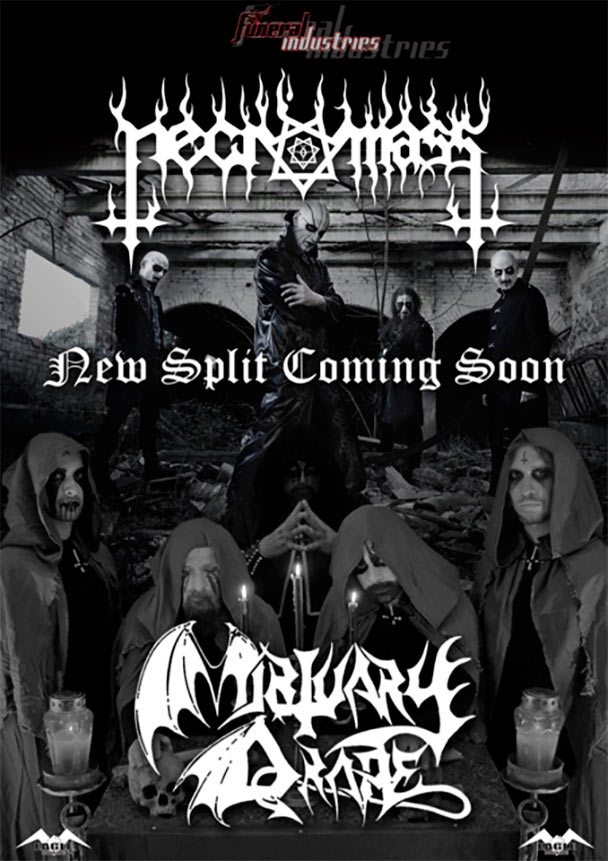