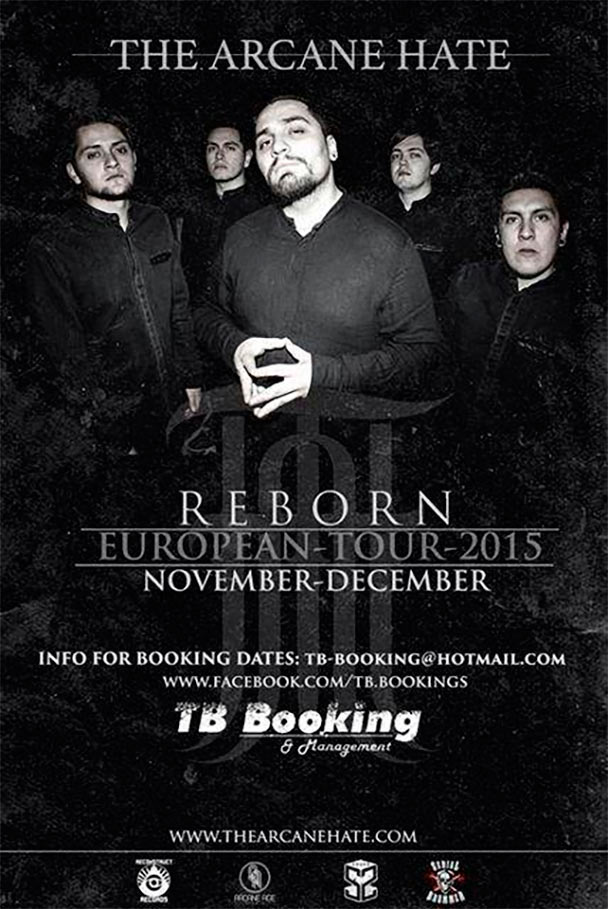 The Arcane Hate is an upcoming band from Mexico fueled by heavy music and dreams. A high level of energy and commitment shows in just about everything they set out to do. We have a firm respect for this at The Circle Pit.

After the recent domination found through their recent EP, “Reborn”, the band is ready to take the next step. They’re currently preparing for a European tour this November and December. And thus, their energy will cross oceans. Watch out!

Here’s what the band had to say:

We are very excited to announce a big step for us in our careers; we announce our first European tour this November/December.

Since we started this band, near 2012, we did it with the purpose of doing all the things the best possible, and to break those stupid prejudices that sometimes makes us think that we are less than others.

Today more than ever, we remember our bad moments that we had in the past, those delays and frustrations, because some ex members had to left the project; that doesn´t matter anymore, we waited, we were patient, and we found the right people to continue this adventure… finally things started to work.

We have the example of some Mexican bands that already traveled to Europe and had a blast! Today, we join them as another one that want to write their own story!

Thanks a fucking lot to all the people who has supported us since we started the band! We know we will have bad vibes, but this is only to grow as musicians and ordinary people!