Jungle Rot just released a brand new album with “Order Shall Prevail”. This adds onto their extreme legacy as one out of eight full-length albums and many more releases in addition. In support of this recent full-length, the band has just released a music video for the track “Paralyzed Prey”. It makes for a great and an ever so slightly gruesome viewing experience. You can check it out alongside the official press release down below:

Fatigue is for the weak, there is no room for cowards, so posers step aside as Jungle Rot return with another breakneck, meticulous metal masterpiece, Order Shall Prevail, in stores today. With 20 years under their belt, the album marks their ninth trip to the studio, and delivers no-frills savagery fans have come to expect. In conjunction with the album, Jungle Rot have released the first video for the thrashy single “Paralyzed Prey.”

“We wanted to have a little more fun with this one”, confesses bassist Jimmy Genenz. “Dave (Matrise-vocals/guitar) has wanted to kill one of more of us bandmates at least once or twice, so we actually gave him the opportunity! The song is essentially about a hunter becoming the hunted, so the imagery fits rather well. It was a blast to film.” 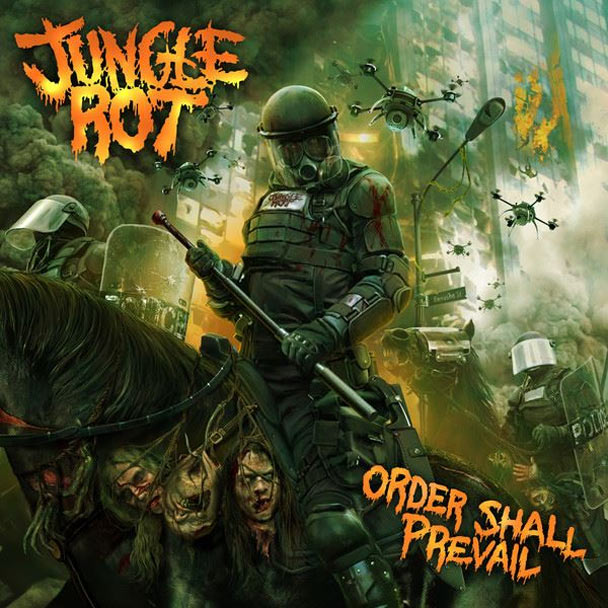