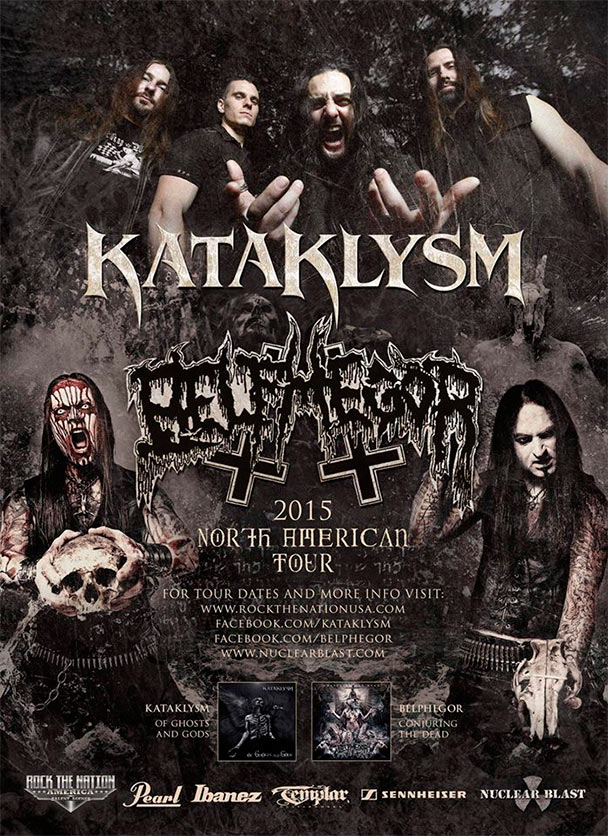 Both hyped on recent and upcoming releases, Kataklysm and Belphegor are teaming up to invade North America on a co-headlining tour! You can look over all the dates down below and peepe the flyer up above. Looks like good n extreme times waiting to happen \m/

Canadian hyperblasters Kataklysm and diabolical death/black metal giants Belphegor, will co-headline an uncompromising raid on North American shores this fall! “We’ve had a very busy year preparing for the world campaign for our new album, Of Ghosts and Gods, that is currently underway in Europe for the festival season,” commented vocalist Maurizio Iacono. “This fall, we will return to the US and Canada with our crazy brothers in Belphegor, to destroy your souls and cities one by one. We hope to see you guys there joining in on the madness!”

Adds Belphegor guitarist/vocalist and mastermind Helmuth Lehner: “Ave! Belphegor are looking forward to returning to US shores and celebrating our 9th North American raid to promote the latest offering, Conjuring the Dead. Revel in brutal musick and join the pit with us!”
Confirmed dates are as follows: