Rumored Parkway Drive Openers – Miss May I, Thy Art Is Murder, In Hearts Wake 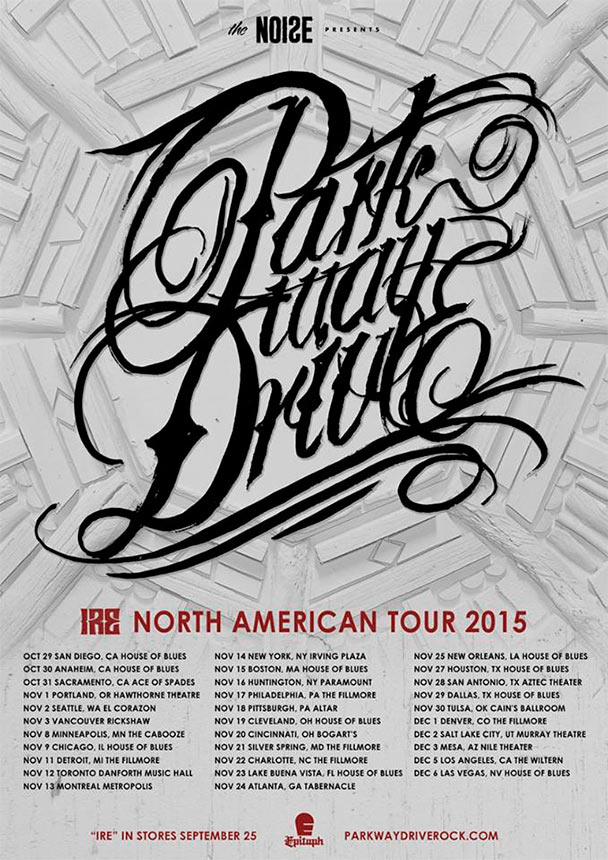 For those who haven’t heard… Parkway Drive have just unveiled a full lineup of dates for their impending North American tour! This will be done in direct support of their upcoming album “Ire”. No support acts have been announced for the tour as of yet. Or, at least, they haven’t been officially announced.

Rumors through promoters would suggest that Miss May I, Thy Art Is Murder, and In Hearts Wake will serve as the openers. However, we’ll have to wait for the official announcement to be sure.

But we are sure of this… It officially kicks off in like October. The trek will then last all the way in through December. You can look over the official line up of dates on the flyer above. Music can be found down below. “Ire” will officially be released on September 25th via Epitaph.