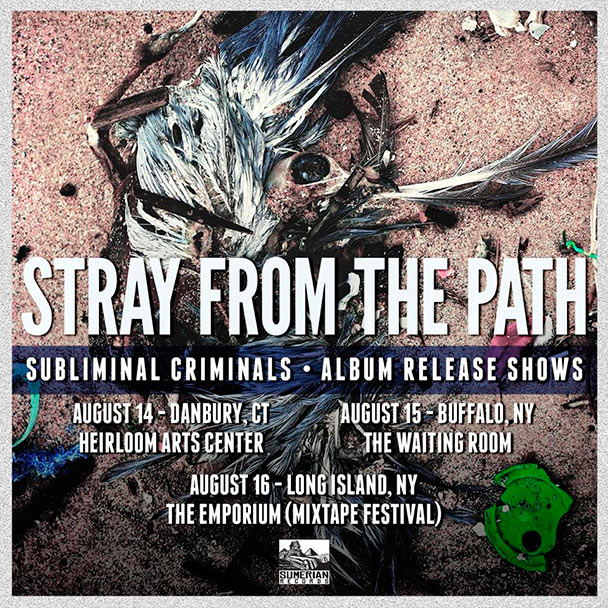 Stray From The Path have plotted out a series of release shows in support of their upcoming album “Subliminal Criminals”. The full effort is due for an August 14th release from the band’s running label Sumerian Records. As such, the release shows will run August 14th-16th. You can check the flyer up above and wrap your ears around some new music below.

Anyone who has seen Stray From The Path live should know these guys put on phenomenal live show. So, if you’re able to go, you really shouldn’t miss this chance. Though there will be “more dates coming soon.”