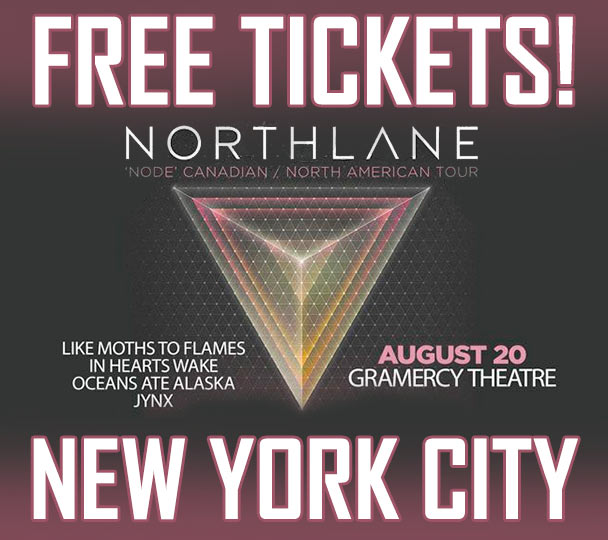 New York City! (And all of you in surrounding areas!) We have a special offer for you guys. We’ve teamed up with Live Nation and we’re giving away pairs of tickets to the Northlane show at Gramercy Theatre on August 20th! The line up also includes Like Moths To Flames, In Hearts Wake, Oceans Ate Alaska, and Jynx. This is a great time waiting to happen!

All Facebook users are eligible to win. Facebook is released from all responsibility related to this promotion, and the promotion is not endorsed or associated with Face­book in any way.