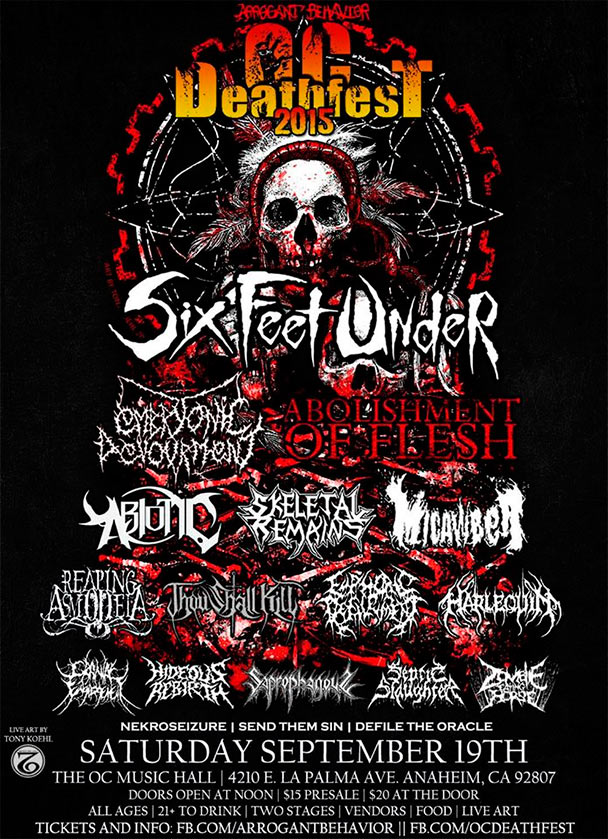 Here’s one for the west coast. You have quite the deathfest lined up for this September in Anaheim. On the 19th, around 20 bands will descend into your state, bringing the fury of Death Metal with them. Among these stand Six Feet Under, Embryonic Devourment, Abolishment of Flesh, Abiotic, Skeletal Remains, Micawber, and many more!

OC Death Fest is a celebration of all types of death metal open but not limited to Old School Death, Death Thrash, Blackened Death, Death Grind, Progressive Death, Deathcore, Melodic Death, Tech Death, Death Doom and what ever else I may have forgotten at the moment. ALL DEATH METAL FESTIVAL.