Today, Loudwire premiered a brand new Rivers of Nihil music video / single called “Sand Baptism”! Both fans of the band and new listeners really need to wrap their ears around this one. This Pennsylvanian band has provided a masterful metal experience once again.

This video was made in anticipation of the band’s sophomore album “Monarchy”. This effort is slated for an August 21, 2015 release through none other than Metal Blade Records. You can scope out the offical press release and Loudwire premiere down below!

In just under three weeks Rivers Of Nihil will release their sophomore album Monarchy via Metal Blade Records. Today the first video from the album for the song “Sand Baptism” which was directed by David Brodsky (GWAR, Whitechapel, Black Dahila Murder) is being exclusively premiered via Loudwire.

Lead Guitarist Brody Uttley on the new song and video: “‘Sand Baptism’ is a track where we purposely fused our more traditional death metal sound with the newer elements that we brought to the table on this new album. This track is a well-balanced serving of emotion, brutality, technicality, and catchiness. We really wanted to focus on writing SONGS on this record instead of just stringing riffs together. “Sand Baptism” does a great job of showing how we have evolved as a band both in a song writing capacity and also as individual players.” 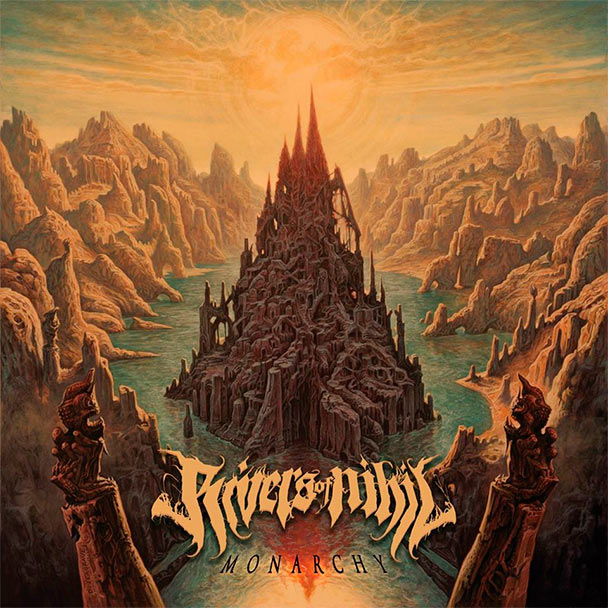