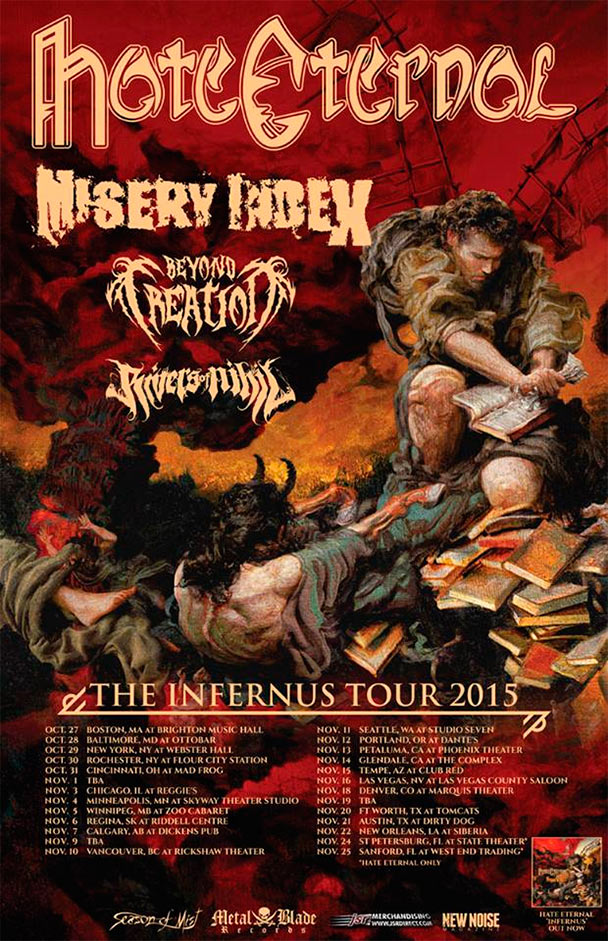 There will soon be an intense Death Metal tour burning across North America! The legends of Hate Eternal will be manning the helm with direct support from crew Misery Index, Beyond Creation, and Rivers of Nihil. All of these bands are beyond worthy to take part in such an awesome tour. You really need to see them live for yourselves and appreciate the high level of skill brought forth here.

If you’re interested in witnessing this tour, as is highly recommended, look over the dates on the flyer up above. We’ve also included music from all of the bands down with the official press release below. Enjoy \m/

Death metal legends Hate Eternal have announced a headlining North American tour. The “Infernus Tour 2015” begins on October 27 and sees the band travel throughout the U.S and Canada (on select dates) before concluding on November 25. The month-long trek sees Hate Eternal joined by label-mates Misery Index and Beyond Creation, as well as Rivers of Nihil. A full list of confirmed tour dates can be found below.