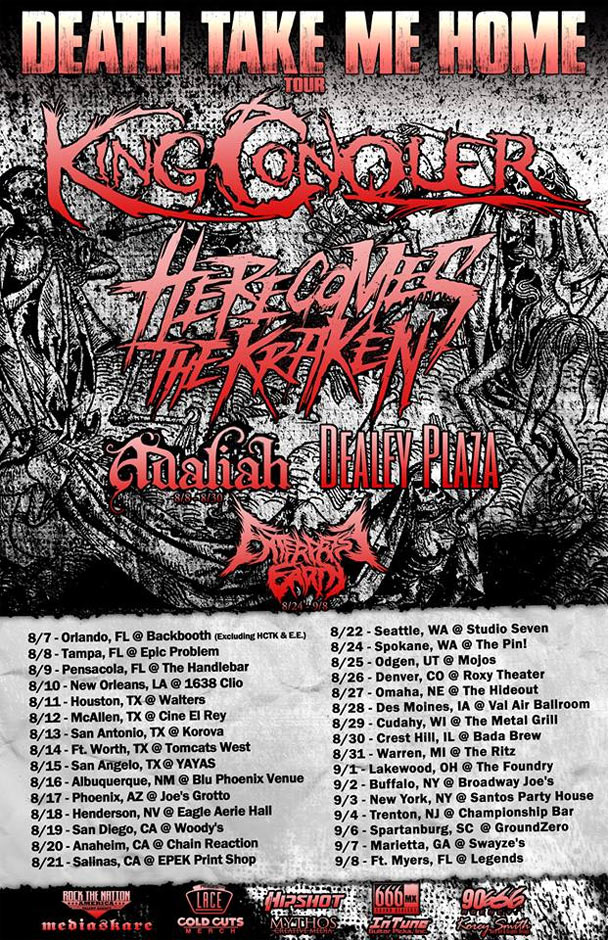 Right now, the King Conquer, Here Comes The Kraken, Adaliah, Dealey Plaza, Enterprise Earth “Death Take Me Home Tour” is happening. You can find more information on that trek by checking the flyer above or CLICKING HERE.

However, last night’s show at Swayze’s in Marietta, Georgia was not all fun and games. King Conquer drummer Chris Whited was viciously attacked in a mosh pit by a group of people, leaving him unconscious and hospitalized. Chris had the following to say of the incident:

“So I moshed last night for Adaliah’ last song because it was their last day with us, and some pussy got butthurt and scooped me up from behind and slammed my face on the concrete (which knocked me out) then four other pussy ass f*ggots decided to kick me in the face while I was on the ground already knocked out, and then none of them would fight anyone one on one. And then they all lied to the cops about what happened. Long story short, I woke up in the hospital with no clue about anything that happened. Crazy, that’s never happened to me before.”